Like years prior, the silver screen thrilled viewers. Some made us laugh, others made use cry . . . but one thing they all have in common is they were the movies that defined 2015. 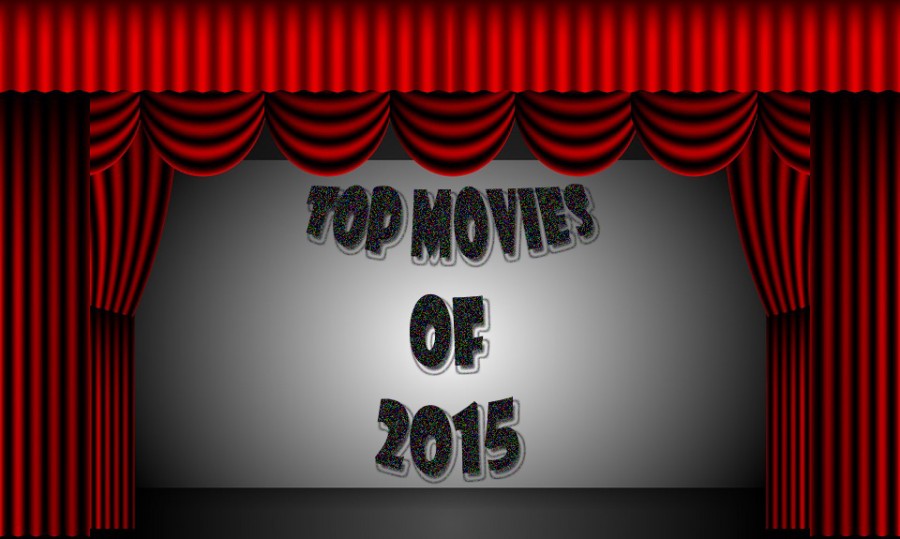 Whether movies make us laugh or cry, they are a pivotal part in our society.

Movies are a very big part of our society. They make us laugh, they make us cry, but most importantly they make us forget about the stresses of life for a while. Movies are an escape to a fictional world where anything is possible. Whether it’s a powerful alien taking on a brilliant human or a clown fish trying desperately to find his best friend, anything magical can happen when it comes to movies. And 2015 was no different.

2015 saw movies the likes of Avengers: Age of Ultron, Jurassic World, Mad Max: Fury Road, Spectre, Ant-Man, The Hunger Games: Mockingjay Part 2, Creed, Furious 7, Mission Impossible: Rogue Nation. Whether they were sequels, reboots, or the first of their kind, they were all massive movie blockbusters. Who would’ve thought that a character like Ant-Man would become a household name? That is a credit to how popular and powerful Marvel studios are. Not only that, but Mad Max: Fury Road is up for (and just might win) multiple movie awards, including Oscars.

2015 not only saw a bunch of great movies, but a bunch of great acting performances as well. Tom Hardy starred as Mad Max and proved that sometimes as an actor, actions speak louder than words. Chris Pratt proved that he is an A list actor by not only making one billion dollar movie (Guardians of the Galaxy), but two (Jurassic World). Paul Rudd got to take his style of acting and translate it into a superhero, and now he is not only the Ant-Man, but he is also a part of the Marvel Cinematic Universe. Michael B. Jordan might just be the biggest breakthrough actor of 2015. He has the fortune to play Apollo Creed’s son in the new movie Creed, and be the student to Sylvester Stallone both on and off the screen. It’s just a shame he has to be tied to the rebooted Fantastic Four movie.

Not only was 2015 filled with great actors, but actresses as well. Charlize Theron starred alongside Tom Hardy’s Mad Max as Imperator Furiosa. Although the movie was titled Mad Max: Fury Road, it might as well been titled with her name because she was really the star of the movie. Everything in the movie happened because of her decisions and most of the dialogue came from her character. Mad Max just happened to be along for the ride. And that is how it appears most Mad Max movies will be like going forward. Scarlett Johansson got to reprise her role as the Black Widow and Avengers: Age of Ultron and once again she nailed it. The only difference was, Scarlett Johansson was pregnant during the shooting of the movie. So not only was she fighting crime with the Avengers, but she was doing it with a baby in her belly too.

2016 is going to undoubtedly be a gigantic year when it comes to movies. You have Batman v Superman: Dawn of Justice, Captain America: Civil War, X Men: Apocalypse, Deadpool, Gambit, Finding Dory, Suicide Squad, Assassin’s Creed, The Divergent Series: Allegiant, and Rogue One: A Star Wars Story all coming out in one calendar year. Now that is a lot of movies. For the first time ever we are going to get to see the Son of Krypton and the Bat of Gotham on the big screen together. We are going to get to see Captain America and Iron Man fight for what they believe is right. We are going to witness the X Men take on one of their most powerful villains, Apocalypse. Viewers are finally getting the Deadpool movie we have been waiting so long for. And, fans are getting our first looks at Jared Leto’s Joker in the much anticipated Suicide Squad movie. Not only will we see Jared Leto’s Joker, but we will also see Will Smith’s Deadshot, Margot Robbie’s Harley Quinn, Cara Delevinge’s Enchantress, and many many more.

There are not only a bunch of quality movies coming out next year, but they will also probably have a bunch of great actor’s performances as well. Ben Affleck is getting his first crack at playing the masked vigilante known as the Batman. And from everything that we’ve heard so far, it sounds like he nails the role. There are also a lot of actors returning to their roles. Like for instance, Henry Cavill as Superman, Robert Downey Jr. as Iron Man, Chris Evans as Captain America, James McAvoy as Professor Xavier, and Michael Fassbender as Magneto. Jared Leto is going to be making his debut as one of the most iconic supervillains of all time, The Joker. And if his track record has proven anything, it’s that he can play just about anyone and make it work. So viewers should have faith that Jared Leto is going to continue on the legacy of The Joker in a positive way. Apocalypse is finally coming to the big screen and he is being played by none other than Oscar Isaac. Apocalypse was the very first mutant and is the most powerful. It’s going to take all of the X-Men in order to bring him down. And finally, after years of begging and pleading, we are getting a Deadpool movie. The only way to describe Deadpool is he is Deadpool. “The Merc with a Mouth’s” fan base is so large and so dedicated that Fox eventually gave in and let him have his own movie. Deadpool is being played by Ryan Reynolds who absolutely loves the character and is as dedicated to it as much as his fan base.

The actresses are probably going to be fantastic for next year too. Whether it’s Amy Adams returning as Lois Lane, Scarlett Johansson returning as the Black Widow or Jennifer Lawrence returning as Mystique, there is no doubt that 2016 will probably be a big year for actresses as well. Gal Gadot is going to making her debut as Wonder Woman. Wonder Woman has not been seen on the big screen for a while now, so Gal Gadot has a lot of work to do in order to familiarize the casual fan of her character. Olivia Munn is playing Psylocke in the upcoming movie X-Men: Apocalypse, and if you have seen her training videos then you would know she looks like she’s ready for the role. Margot Robbie and Cara Delevinge are both going to be into Suicide Squad and they’re both playing very complex characters. Margot Robbie is playing Harley Quinn, who has never been seen on the big screen before. Margot Robbie playing Harley Quinn feels like a match made in heaven, and we’re finally going to get to see what she’s like when the movie comes out. Cara Delevinge is playing Enchantress. Enchantress has a dual personality, so Cara Delevinge will not only be playing one, but two people at the same time! Marion Cotillard is going to be in Assassin’s Creed alongside Michael Fassbender, and hopefully they will finally give us a good movie that started out as a video game. And for all the Divergent fans out there, Shailene Woodley is returning as Tris Prior in the third installment of The Divergent Series: Allegiant.

In a recent poll conducted by Colonia High School, most females think that The Hunger Games: Mockingjay Part 2 was the best movie of 2015, while most males think that Avengers: Age of Ultron was. Most feamles also think that Robert Downey Jr. and Jennifer Lawrence were the best actor/actress duo of 2015, while most males think that Tom Hardy and Scarlett Johansson were. The 2016 movie that most females are looking forward to is Finding Dory, while the one that most males are looking forward to is Batman v. Superman: Dawn of Justice. Both males and females mostly believe that Jared Leto and Jennifer Lawrence will be the best actor/actress duo of 2016. It was a tie between who you thought could win in a fight: Batman or Superman? And, when it came to what was your favorite movie series, most females answered with Harry Potter, while most males answered with Fast & Furious.