The Tragic Death of Yordano Ventura 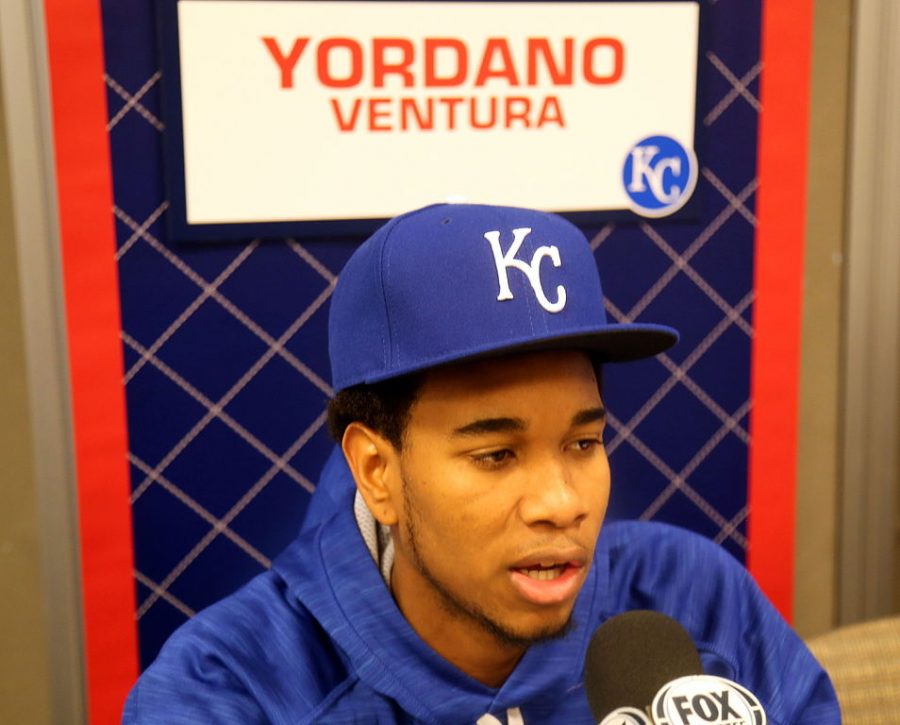 Photo via commons.wikimedia.org under the Creative Commons License

Royals starting pitcher Yordano Ventura was one of the best in the game.

On January 8th, 2o17, Royals starting pitcher, Yordano Ventura, died in the Dominican Republic due to a car crash. Ventura was only 25 years old.

In October of 2014, Ventura’s friend, Oscar Taveras died in a car crash in the Dominican Republic. At this time, Ventura was playing in the world series against the San Francisco Giants. Knowing he was going to start game six, Ventura wrote “R.I.P. OT #18” on the hat he would wear that day. He went on to pitch the best game of his life.

In September of 2016, Marlins pitcher Jose Fernandez died in a boating accident that killed three other people. Fernandez was one of the top pitchers in the game at the time of his death. He was drawing comparisons to some of the best pitchers ever to play the game, including Met legend Tom Seaver.

Once again, death has struck the baseball world. Royals ace Yordano Ventura was considered to be one of the better post-season pitchers in the game for the Kansas City Royals. The Royals have had decent playoff success, going all the way to game seven in the 2014 World Series and finally winning it all in 2015. Ventura was a huge part of both of these teams. In 2014, the Royals would not have made it to a game seven without Ventura.

We saw so much death throughout 2016, and we were all waiting for 2017 to strike. Everyone was hoping we wouldn’t be hit to hard, but we’ve all been let down. Ventura was a twenty-five year old Major League Baseball player with a very bright future. We could only speculate what would happen had he not died.

The Royals organization released this about his death, “Our prayers right now are with Yordano’s family as we mourn this young man’s passing.”

Ventura’s path to the major leagues is very interesting. Growing up in the Dominican Republic, Ventura dropped out of school at the age of 14. When he was 16, the Royals signed him to a minor league deal for just over $50,000. There was nothing special about a young Ventura. He was under sized, with an average fastball. He was mainly signed because of his good mechanics. Then, all of the sudden, Ventura’s fastball reached the mid 90s. By the time he got to the major leagues, he had the ability to hit 100 on the radar gun.

Any major league pitcher will tell you, speed isn’t everything. Nolan Ryan wasn’t a star until he learned to control his pitches. And that’s exactly what Ventura learned to do. His pitches would move and he was able to paint the corners like no other. Ventura drew comparisons to another short flamethrower in Pedro Martinez, but we’ll never see him realize his potential.