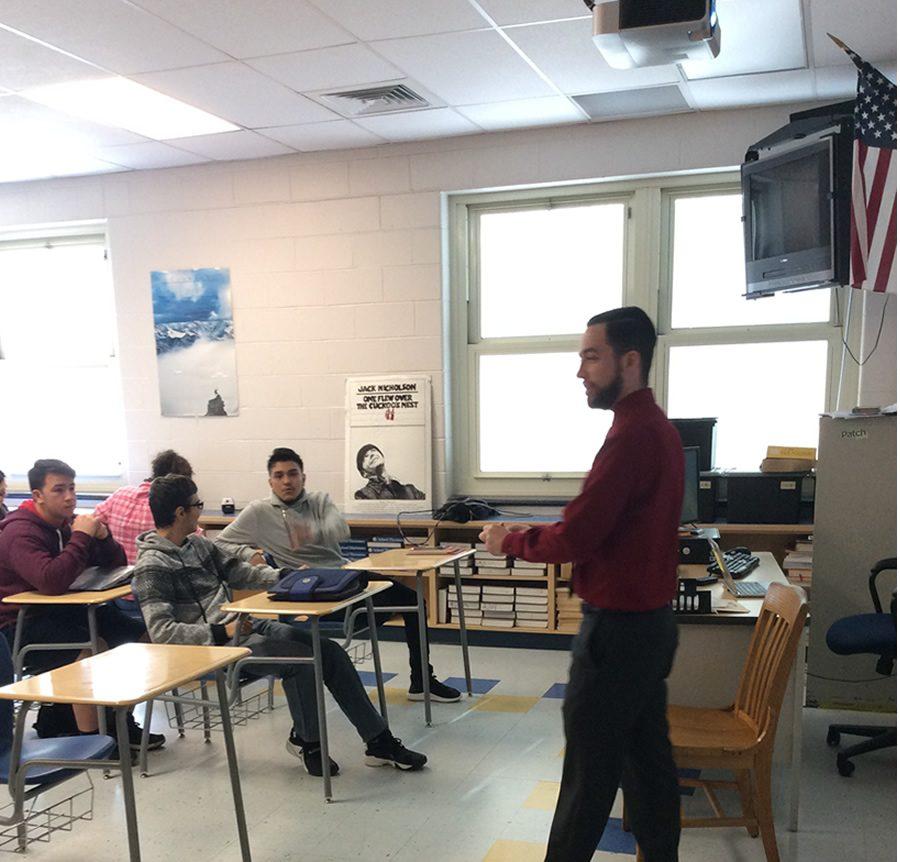 Mr. Quick teaches his class a fun and educational lesson on Graphic Novels.

The Graphic Novels class is an English elective by Teacher of the Year, Mr. Michael Quick.

Graphic novels are stand alone stories that have very intricate plots. They are not genre specific, and can vary from being non fiction to sci-fi. One of the most famous types of graphic novels is manga, which are Japanese comics. An example would be Full Metal Alchemist.

Graphic Novels is an S-track class, but the range of students is from S-track through AP. This class is not grade specific, and he encourages more students to take this elective. His knowledge about comics are originally adapted from a course he took in college, “Teaching Young Adult Literature.”

Mr. Quick has always given a great devotion of love towards graphic novels since he was a child. The Graphic Novels course at CHS was added because Quick “wanted to continue his education and find a way to make his own classes more engaging and entertaining.” In addition, he also believed that this elective would implore a large group of students to learn more about the history of comics while including many new and exciting novels from the 21st century. His idea of Graphic Novels was to open up the minds of children who have viewed Graphic Novels as childish to mainstream America.

His goal is “to get the class involved in the community through collaboration with the Creative Writing course and the Film & Literature courses.” He would also like to take his class to a Comic-Con event in the near future. So far, this class has reached a high level of positivity, Mr. Quick said so himself, adding that his students “are enjoying themselves and are actively engaged each day!”

Something that Mr. Quick enjoys about this class are the conversations he has with his students about the various graphic novels and comics that are out there. Quick said, “it is so exciting to bounce different ideas around on a daily basis.”

Nada Aly, a student in Mr. Quick’s Graphic Novels class, has taken this elective because she was making comics in her freshman and sophomore year. It would also help brush up her knowledge of comics. Graphic Novels motivate her to do better each day. Aly considers the class “creative, perspective – based, fun, intriguing, and unrestrained.” She believes this course is “new and rare.”