Pentatonix’s album will brighten your Christmas! 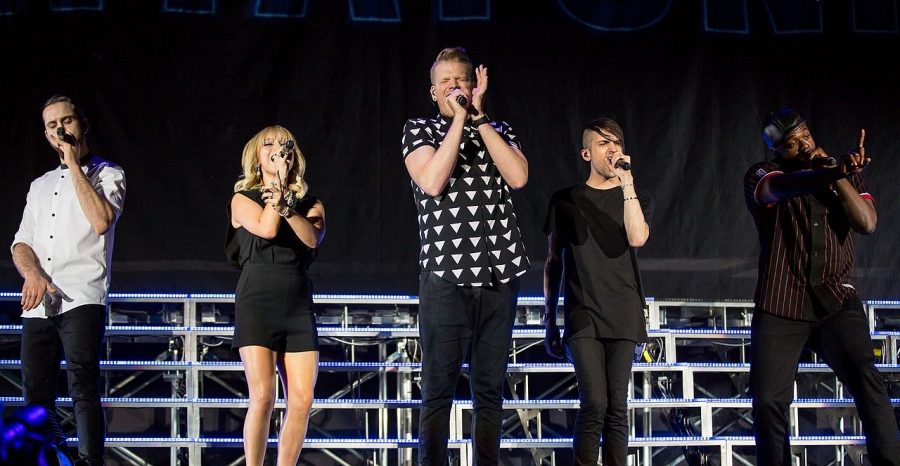 In 2014, the acapella group Pentatonix released their first Christmas album, That’s Christmas to me. Their album has 11 hit Christmas songs, from Christmas classics to new twists on obscure songs.

Hark! The Herald Angels Sing is the opening track to this Pentatonix album, which I think is very appropriate. The song is lively and a great way to start the album. It makes you feel like you are at a church on Christmas eve.

The album then transitions to Winter White Hymnal, which brings a new interesting twist to the original Fleet Foxes song. The vocals from all five Pentatonix members are very pretty, which to me makes this one of the best songs in this album. I also appreciate the lyrics in this song, to me they are creative and tell a story. From there, we go into the classic song Sleigh Ride which is a pretty standard Christmas song. The song’s backing vocals make the song more upbeat than the original. This song is a nice touch in this album.

Winter Wonderland/ Don’t Worry Be Happy is an original mashup of the classic holiday tune and the popular Bob Marley. This song is the most unique one of the entire album. The two songs oddly flow together beautifully. This song also features Tori Kelly, and her vocals make the song better. The album then goes to the title track, That’s Christmas to me, which is one of the more mediocre songs of the album. I feel like this song is not the best choice to be the title track, but nevertheless, still is a good song.

Thankfully, Mary Did You Know, comes up next, which makes up for the last song completely. This song is the best one on this album by far. The vocals are stellar and is a song anyone can like, even if religious music isn’t your style. Interestingly, the album transitions into the song Dance of the Sugar Plum Fairy, which is an instrumental song from the popular two act ballet, The Nutcracker. The group manages to mimic the song perfectly with their voices, which is surprising. Even though this song is out of the ordinary for a Christmas album, it’s fantastic.

Let it go, the popular Disney song, was the final song on the album, which is disappointing. This song in 2017 seems rather overdone and outdated. This is a rather weak way to end such a powerful album.

Overall, I truly think this album is extremely well done, which can be listened to for years to come. I would rate this album 4 colorful bulbs out of 5, which is equivalent to lighting most of your Christmas tree!