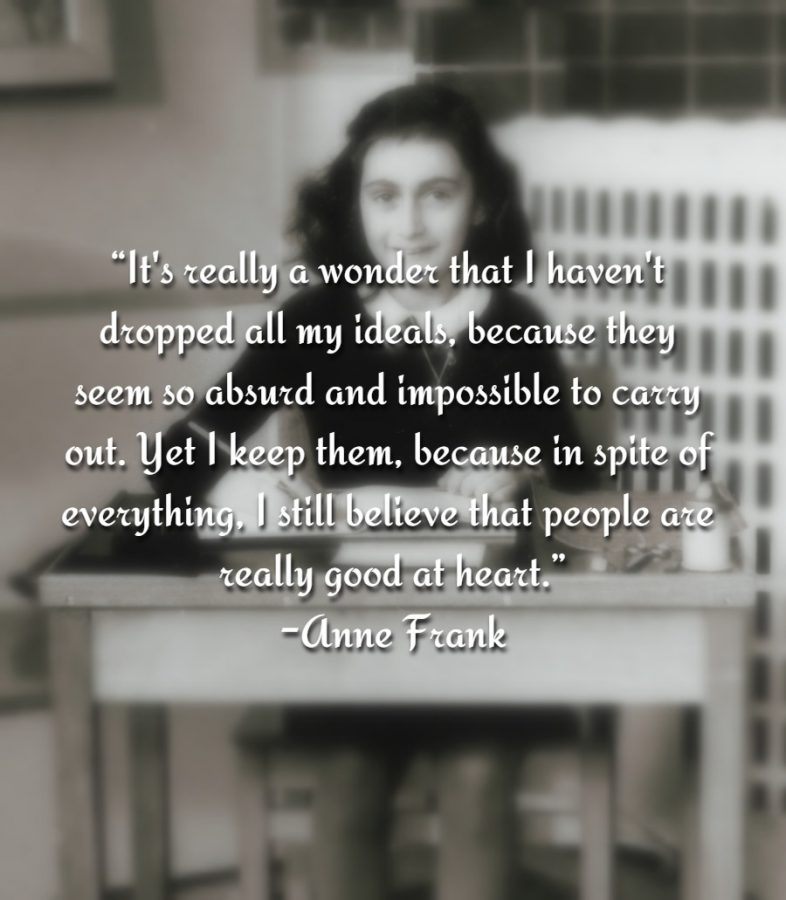 Anne Frank (1929-1945) was an outgoing, high-spirited young Jewish girl during the time of Nazi Germany. Frank is well-known for the diary she wrote while hiding persecution from the Nazis. Frank named her diary “Kitty,” after a friend of hers. As Frank never expected anyone to read her diary, she wrote about everything- her thought, feelings, what was going on. As the war began to draw to a close, Frank’s family began to gain hope that they would be able to leave hiding. However, their hiding spot was invaded on August 4, 1944. Frank died at age 15 in a Nazi concentration camp, one month before concentration camps were invaded by Allied soldiers.