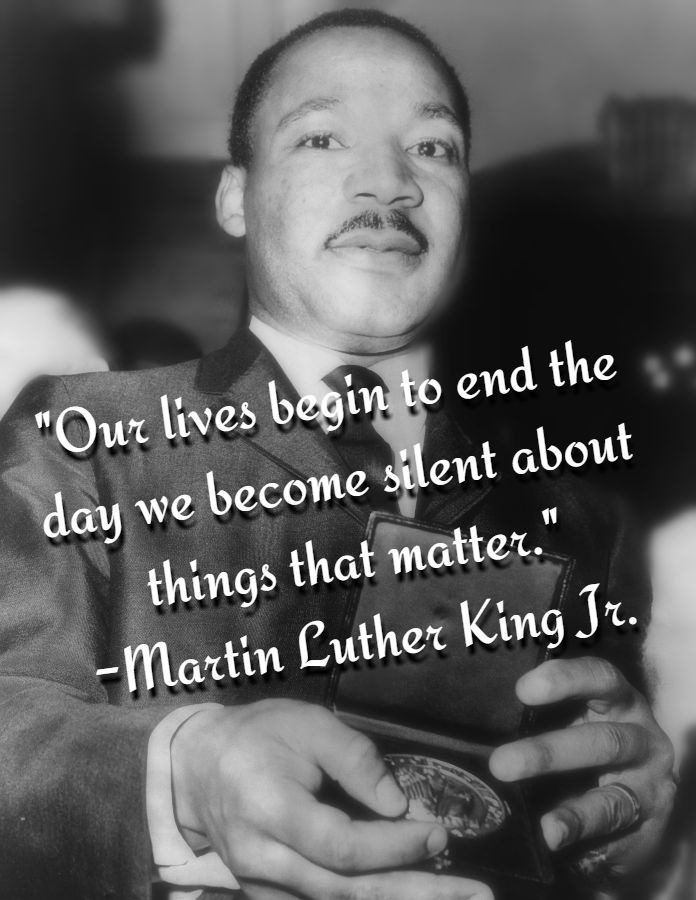 Martin Luther King Jr (1929-1968) was an American Civil Right activist known for leading the Civil Right Movement in America. King’s fought for the rights of the black Americans in a time where racism ran rampant. King mainly protested in Georgia, where segregation and racism was terrible. King’s ideal world would be one in which the races could coexist peacefully. And to fight for this ideal, King would protest peacefully and frequently be arrested. He never gave up on his fight for justice, even when the fighting got difficult. King proved to everyone that silence is the equivalent of compliance, and is just as bad as violence.