District blocks websites on the chromebooks 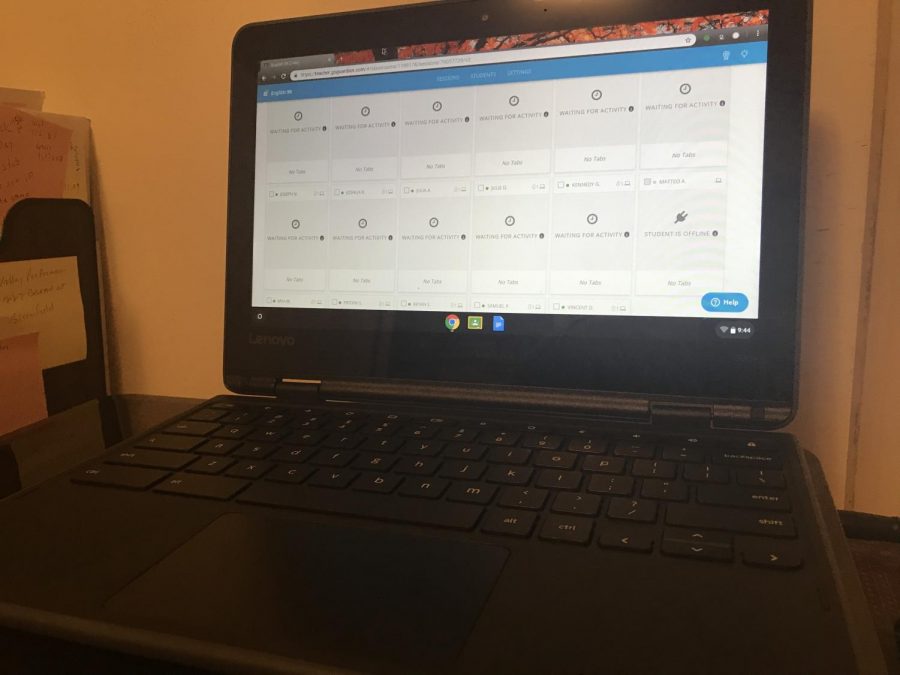 Between the School District and Go Guardian, students have very limited internet access.

At the beginning of the school year, Colonia High School gave their students chromebooks, to make the learning experience better. As the district continues to block sites, you wonder when is it too much?

A Lenevo Chromebook costs around $219  according to Lenevo, and Colonia High bought brand new chromebooks for all the freshman, sophomores and juniors, which is a huge investment. All the seniors received used chromebooks. Because students didn’t pay for them, it takes trust to think that kids will not break them or damage them.

According to the Woodbridge Township Board of Education’s (BOE) Regulations on Acceptable Internet Use, “The Woodbridge Township School District has made the Internet available to the students and teachers of this district to support a thorough and efficient education, research, and authentic learning. The use of the Internet must be in support of these activities.” With that said, the district observes the rights to deny access to websites that do not meet the acceptable internet use regulations.
Limiting Access
Obviously, they could not give the students unlimited internet access, which is why products like Go Guardian exists. Go Guardian allows teachers to monitor what students are doing. It also allows teachers to block any websites deemed unnecessary or inappropriate. Despite having this feature, Woodbridge Township School District (WTSD) took matters into their own hands, blocking many websites. The WTSD also blocked websites with potential educational purposes. One being google hangouts, a website that can make working in group projects easier than ever. Another blocked site is Yoast which is WordPress add on that assists journalism students with self-editing. WTSD restricted Instagram from the chromebooks due to the access to explicit material. But Journalism 2 students receive grade on their posts to the social media site.

The WTSD also disabled all chrome extensions on the students’ chromebooks except for seventeen approved apps. Some of the approved extensions include: Kami, Keep, YouTube, Grammarly Lite and Notable. Other extensions deemed acceptable are Google based extensions such as Google Drive, Google Classroom, Google Play Music, and Google Play Movies and TV.

When asked if he felt the district has blocked too many sites, Jordan Payne, CHS sophomore responded, “Yes, it feels so restricted. It harms the ability to learn.” Having the chromebooks for a few months now, Payne felt that he’d prefer not to have the new technology. “Honestly, they’re a distraction; we’re better off with pens and paper.”
District Decisions
The Woodbridge Township BOE’s Regulations on Acceptable Internet Use also states that the building’s principal has the final decision on what is appropriate and inappropriate when cancelling internet privileges. It was the district that made these decisions not the principal. But, then again the district had previously blocked websites on the desktops located in the media centers.  WTSD stresses “Internet is a privilege, not a right.”  Interesting to note, WTSD did not block all video game access. However, it’s regulations state that “no district system may be used for playing video or arcade-like games.”  The job of blocking games, such as Tetris or Pokemon defaulted to teachers with the aid of Go Guardian.

Jonathan Cedeno, a CHS sophomore, if he personally likes to play games on his chromebook in his free time. He explained, “when I’m done with my work.”  Cedeno added, “Netflix is one site that I believe should be available.”