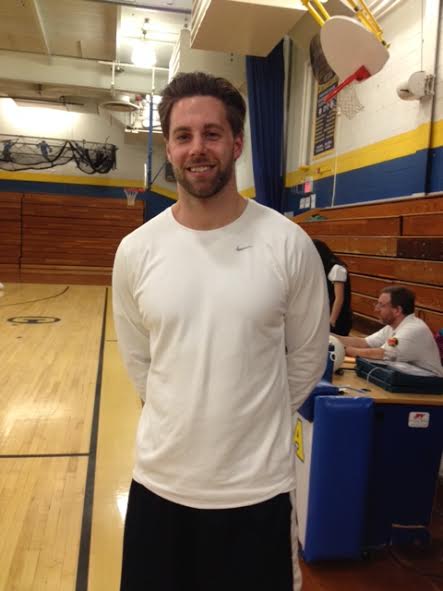 Coach Biri teaches history at Colonia High School and is very passionate about the subject–he even carries a pocket constitution. Doug Deter, a junior, said that “Biri has a drive for history like no other teacher I’ve ever had.” Coach Biri likes to get involved with as many different clubs and sports as possible, so founding the History Honor Society, which goes on trips to various historical spots, was a given. One trip they went on was to the U.S Mint in Philadelphia. Coach Biri is also the teacher in charge of ping pong club; ping pong is an activity he claims to be the “champion” of. It does not stop there–Mr. Biri is also forming a magic club, where students converge to share magic tricks. He is learning from the students about all of the different tricks that can be accomplished with a simple deck of cards.

One could say that one of the hobbies Mr. Biri may enjoy is dressing up. Biri explains that to him it’s important to always look professional. He feels that if you look professional people will respect you more; to coach his basketball games he used to wear his dress shoes and pants along with a Colonia shirt. During school hours you can always find Mr. Biri is one of his famous sweater vests that ensure his originality.

Coach Biri decided to coach volleyball because he enjoys the sport, he has enjoyed watching it for years, beginning with his brother who used to play seriously and then the high school games he would attend; he believed it would be a nice change of pace from basketball. From one season to another the change of pace is definitely true. Basketball, a highly competitive and intense sport, was one that required a lot of hours. Biri discusses the many hours that the team had to put in during the off season which basically would begin two weeks after the regular season would end. Whereas, with volleyball he hopes that during the off season this year, the team will take it upon themselves to stay active. However Coach Biri says that the principles of the sport are the same “they both require communication, teamwork, defense, and focusing on the next play.”

One of the main principles Mr. Biri depends on when coaching is “next play” which basically means that it is important to forget about the mistake that was just made and continue on to the next play. If the player has the previous mistake stuck in their mind they are more likely to make another mistake in the current play.

Coach Biri has high expectations for the season and he explained, “As always the goal is to get better.” Biri is a big believer in progressing as a team from year to year. If the team was 10-13 last season he expects at least 11-12 the next season.

Louis Bryan, a senior, comments about the upcoming season, “We lost a lot of good players and a lot of height from last year so we will have to work extra hard to overcome those differences but hopefully we can accomplish a winning season.”

Coach Biri went from coaching spring track last spring to coaching boys’ volleyball this season. On switching sports Biri said, “I wanted a new challenge; volleyball seemed interesting and the position was open. I wanted a chance to become a head coach rather than an assistant and run my program the way I saw fit.” The transition from the vastly different sports may be big but Mr. Biri is excited and so are his players, Nick Filzen, a junior, discussed how “the techniques and coaching experience Mr. Biri is bringing from his other sports will help a lot with how he runs the volleyball program.”

When asked about how much he had to learn about volleyball to coach, Coach Biri responded that “as a coach you are always learning how to improve, the players themselves have taught me a lot from the things they learned in previous years of playing.” Mike Passarelli, a Sophomore volleyball player, explained that “Biri has things to learn since this is his first year coaching the sport, however, he is really into it and I think he will make a good coach.” Mr. Biri has never played the sport competitively but he says he has played in beach volleyball tournaments with his brother and while the rules may be different they both have the same basis– to win.

The biggest transition Coach Biri has to overcome is the difference between coaching boys and girls. From girls basketball to boys volleyball the experiences and the genders are a hurdle that Coach Biri is prepared to overcome. In fact, he said about the gender difference that “they are still high school students, the basis is still the same, I have to motivate them to focus on the task at hand, ensure they go hard during practices, and keep them playing together.” As with all high school sports the biggest task is making sure the team remains a team throughout the season. While there may be many ups and downs during the season the players have to stay together and remain calm during intense game situations. As long as the team stays focused the season should be an enjoyable and victorious one.