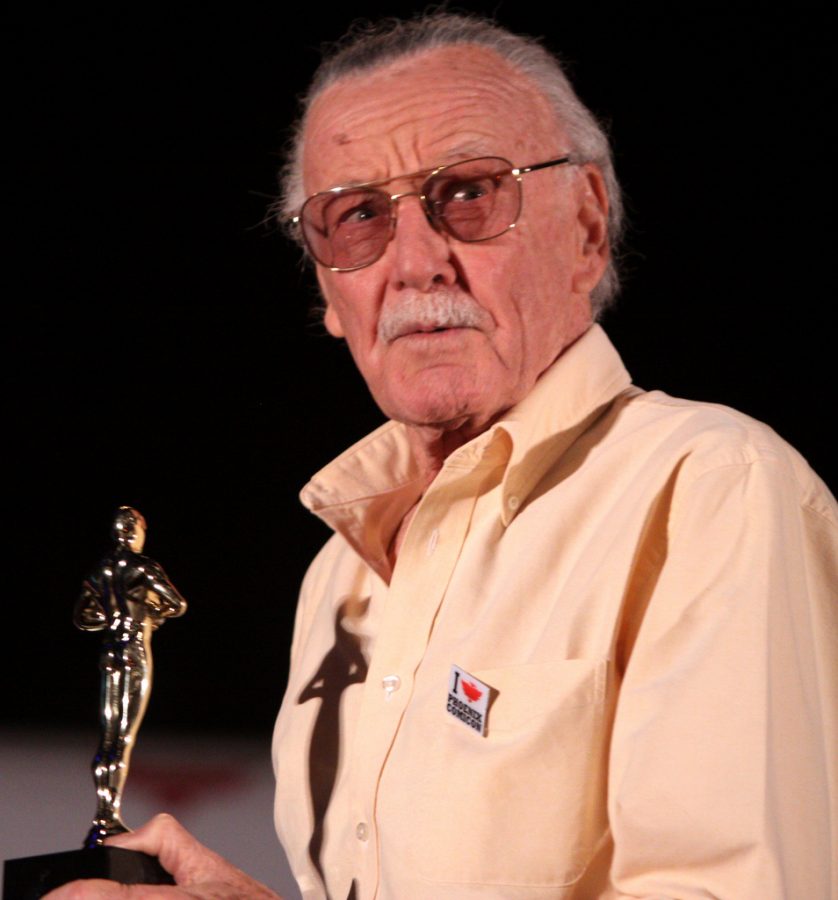 Holding an Oscar Stan Lee looks out into the audience.

The western world considers superheroes like Doctor Strange, Wolverine, and the Avengers to be modern myths. Stanley Martin Lieber, better known as Stan Lee, created a plethora of comic book heroes for Marvel Comics. But tragically, at age 95, this comic book legend has died.

An ambulance rushed him from his home in Hollywood Hills to Cedar’s Sinai Medical Center. It was here that he later died. As of right now, the cause of Lee’s death is unknown.

He was born on December 28, 1922, in New York City to Jack and Celia Lieber. He grew up during the Great Depression; and served in World War II alongside his friend Theodor Seuss Geisel, better known as Dr. Seuss.

Later, in the 60s, Lee and Jack Kirby created the Fantastic Four for Timely Comics; who would come to be known as Marvel Comics. They created this marvelous superhero team in order to compete with DC Comic’s Justice Leauge of America; which included superheroes such as Wonder Woman, the Flash, Aquaman, and Green Lantern.

With the tremendous success brought upon by the Fantastic Four, Lee and Kirby went on to create other comic book heroes like the Amazing Spider-Man, the Uncanny X-Men, and the Incredible Hulk.

In later years, Lee helped with a plethora of Marvel movies such as the Sam Rami Spider-Man trilogy, the X-Men movies, and all the movies in the Marvel Cinematic Universe. Furthermore, he even did a cameo in almost every single Marvel movie. But not only has he cameoed on the big screen, but he’s also cameoed on television. For example, he cameoed in an episode of the Spider-Man 90s cartoon. However, most shockingly, he cameoed in the movie Teen Titans Go to the Movies, which is a DC film! Seeing Stan Lee; the father of Marvel Comics, in almost every Marvel, and DC property with his hilarious cameos always brings a smile to my face.

Towards the end of his life, Lee started to go through many problems. His wife, Joan,  of almost 70 years died in July of 2017. He also went to the hospital for an irregular heartbeat. But most terrible of all, many people tried taking advantage of him due to his old age. Tons of people argued over his estate and who would get to take care of him. Lee has also faced elder abuse from his own daughter!

Many people across the globe are mourning over Lee’s death. Many of which live here in Colonia, New Jersey.  English teacher and organizer of Anime Club, Mr. Brian Long, said that he’ll terribly miss Stan Lee. Ever since he was little, Long was a fan of comics. However, it wasn’t until he was in middle school when the Sam Rami Spider-Man films came out that he became immensely interested in Marvel.

“He created a persona for himself,” Long said, “Stan Lee was the Walt Disney of Marvel Comics. He wasn’t afraid to tell stories where heroes are flawed.”

Long was also enamored with the influential characters that Lee created such as Spider-Man and Black Panther. He said that at the time of Spider-Man’s creation, he was the only teenage superhero who wasn’t a sidekick, which was groundbreaking. On top of that, Black Panther was introduced during the height of the civil rights movement.

“Black Panther in his first issue, was able to beat the entire Fantastic Four, which was a team of mainly white superheroes,” said Long.

Stan Lee lived a long and successful life, and the legacy he left behind will carry with comic book fans for years to come.