“A Christmas Story” is not a Christmas story at all 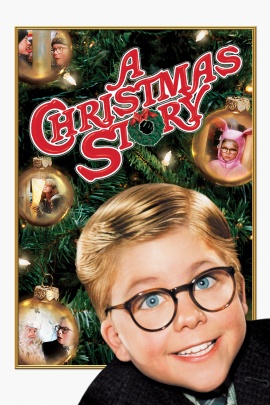 The 1983 holiday classic, A Christmas Story, may be anything but what the title suggests.
Synopsis
Set in the fictional town of Hohman, Indiana, the movie takes place during December of 1940. Peter Billingsley plays Ralphie Parker, a nine-year-old boy who tries to convince his parents to buy him a Red Ryder BB gun for Christmas. Appalled by this idea, Ralphie’s mother exclaims, “You’ll shoot your eye out!” After this, Ralphie even writes an essay about his Christmas wish for his teacher, Miss Shields. Outside of class Ralphie, his brother Randy, and friends Flick and Schwartz are tormented by bullies Scut Farkus and Grover Dill.
The Leg Lamp
Amid the Red Ryder situation, Ralphie’s father finds an obsession of his own. He wins a contest and gathers the whole family in the living room to view the unboxing of his prize. As he lifts the prize out of the giant box, his wife gasps. It is a leg-shaped lamp. Without hesitation, Mr. Parker sets the lamp on the windowsill for the whole neighborhood to see. Not only is that completely unnecessary, but it is also tacky. A great deal of the plot is centered around this lamp and Mrs. Parker’s disgust for it. Its first appearance may stifle up a few laughs, but it gets very old very fast. This takes away from the already small emphasis placed on Christmas.
Where is the Christmas spirit?
The runtime of A Christmas Story is 94 minutes. Less than 20 of those minutes are spent following the family on Christmas Day. Although it is set during the winter, the plot does not This movie does not encapture the essence of the holidays or involve the true meaning of Christmas. It focuses on consumerism more than anything else, unlike the majority of the best Christmas classics.
Overall
A Christmas Story is rated PG.  However, there are some scenes that include bad language. It would be a good idea for parents to watch the movie before letting very young children view it.

Despite the lack of a strong Christmas theme, the movie is not bad. The casting choices and production are both spot on. Those who grew up in the 1940s or 50s may appreciate the nostalgia that the film brings. Audiences from younger generations can still get a good laugh from one of the many comical scenes throughout the film. Children and adults are sure to get a laugh or two out of A Christmas Story.

Admittingly, the 1983 classic may not be the best movie to watch with the intentions of getting into the holiday mood. Overall, the laughs, nostalgia, and entertainment still make viewing the movie worthwhile for audiences of many ages.