A year in review: makeup palettes that would make you want to use makeup 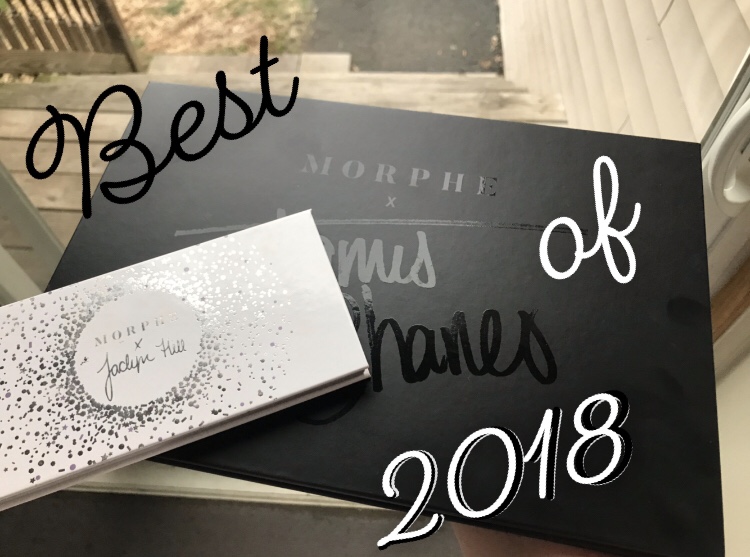 Best eyeshadow palettes of 2018! Photo via the Declaration staff under the Creative Commons License.

There was a lot of makeup products released in 2018. These are my top five makeup palettes that came out in 2018.

A makeup palette is a pan with circle, oval, square, or any type of shapes of eye shadow. The following palettes could also be filled with more than eye shadows, like highlighters, blush, and other powders.

Jaclyn Hill is an international web star with over 5.7 million subscribers on YouTube. Hill now has 5 collaboration palettes with Morphe as well as a brush set.

My favorite of the line, and the one that I own is the Bling Boss palette. The palette has 10 shades featuring colors like pinks, purples, nudes, and lots of sparkles. Hills palette is very pigmented and easily blend-able with any other shade.

The other palettes are named Armed & Gorgeous, Ring the Alarm, and Dark Magic. The colors of those palettes range from blues to greens to yellows to lots of sparkles. All four of the palettes feature lots of sparkly, shimmery shades that are just gorgeous.

The palette, instead of having nude shades, has pretty pink and red shades with a little shimmer. It is a little costly, but in my opinion the product shows it’s worth the money. With the palette you also get a high quality makeup brush and a mirror.

The shades are also known for being very pigmented. It’s a little hard to blend, but I’m sure if you use a soft and fluffy it brush it will work. The palette is available at Sephora, Ulta Beauty, and the Urban Decay website.

Jeffree Star is an international web star who has a successful YouTube channel and makeup company. His YouTube channel has over 12 million subscribers and he sells tons of products on his cosmetic website. Some including lipsticks, highlighters, palettes, accessories, apparel, and more.

The Blood Sugar palette features shades of colors such as nudes, pinks, reds, purples, browns, and golds. For just 18 shades the palette is very costly, but it is worth it. These eyeshadows are not put into a tradition pan but instead put into fancy red leather casing. Stars palette doesn’t close with magnets like a normal palette. But, it alternatively gets closed with metal clasps on the outside making it much more protective. It features a mirror on the inside also.

Most of Stars palettes have been sold out. Every time it goes back in stock, it sells out again within hours. Star does keep his fans updated on any relaunches. So if you are interested in buying, make sure to buy it quick! The palette is available on the Jeffree Star Cosmetics website and Morphe.

The Anastasia Beverly Hills Norvina Palette is number 2 on the list. It released on July 17th 2018 and has a total of 14 shades for $42.

The palette has 2 rows of eyeshadow shades. The top row include shimmer and glitter shades, while the bottom row has matte shades. The colors mostly include golds, browns, pinks, and purples. The shades are most known for being super pigmented and easy to use for beginners.

Including with the palette, it has a double-sided brush and a mirror, which also makes up for the fact that it is $42. The palette is available at Ulta Beauty, Nordstrom, Sephora, and the Anastasia Beverly Hills website.

Influencer, James Charles, is a big part of the makeup community on YouTube. He has over 13 million subscribers and 13.5 million Instagram followers. The Morphe collaborator also made an iconic debut for being the first boy ‘Covergirl’ in 2016. Charles announced his palette on November 2, 2018 on his YouTube channel.

Charles palette has a total of 5 rows with lots of variety of colors. The top 2 rows, 16 shades of eyeshadows, colors range from nudes to golds to pinks and reds to browns. These rows can create the perfect basic, smokey eye look. The middle row has bigger eyeshadow pans, only having 7 shades in the row, has your basic bases and colors that can add perfection to any look. In the bottom two rows, going back to original size with 16 shades, Charles switches it up a bit.

Charles uses the term “Unleash your inner artist” and does not kid around with the shade colors. From greens to blues to sparkly purples and to the brightest pink you’ve ever seen, this palette took a turn and it was for the best. The Charles x Morphe palettes first launch was a complete success and sold out online in 6 minutes making makeup history.

The palette is still currently sold out, but when it relaunches it’s available at Morphe and Ulta Beauty online and in store.
Conclusion
This year was the year of makeup launches. Certain companies grew and grew such as Fenty Beauty, Huda Beauty, Too Faced, and bh Cosmetics who deserve honorable mention on this list.

Which palette on the list do you agree and disagree with?