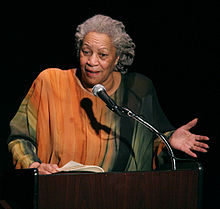 Sula, written by Toni Morrison and then published in 1973 encompasses a third-story point of view story about several African-American characters surviving in a town called Medallion during the 1920s and up to 1965. Morrison gives detailed backgrounds on each character and delves into the problems they face, including family, love, and money problems.

The main characters of the story are Sula Peace and Nel Wright, and Shadrack. The first character to be introduced is Shadrack, a young man who recently returned home after fighting in World War I. He is then stuck with a compulsive mental disorder and a strict urge to keep order in his life. When he comes to the Bottom, an alternate name for Medallion, he includes the town in this urge. By creating a day for all wildness to occur, on the third of January he comes into town and announces to the members of the community that for that day, they may do whatever they like even if it isn’t legal. None of the community members partake in this activity however, and shake it off as an anomaly that doesn’t affect them.

After Shadrack, Nel and Sula are introduced. They are children in the beginning of the book as well as best friends. However before we see them as friends, Morrison introduces their childhood backgrounds and families to give the reader further insight. The story revolves around Nel and Sula, they both come from contrasting households and become like sisters to each other. They undergo several bonding events until they both grow old enough to be considered an adult. Sula ends up leaving Medallion and Nel stays, concluding the first part of the story. The second part of the story talks about Sula’s return, and the events that lead to the ostracism of Sula after she betrays Nel in one of the worst ways possible.

The story itself is written in a magnificent language that you don’t read every day. Morrison’s diction and syntax are leave the reader with a sober and eerie feeling which conveys a baser urge. She is able to speak about horrific events with a calm and subtle tone that doesn’t change throughout the story. This is just what makes the reader have to read the story more deeply in order to understand the severity of the plot line. However, in the world of Morrison, each and every event has significance to the plot. The events that unfold in the beginning always come back to bite the characters near the end. It is this sense of repetition and continuation that shows how far Morrison goes with her writing.

In this generation many people talk about the revolution of the individual versus society, and how society as a whole is always oppressing the individual. This story provides the perspective of the individual in said case, and applies directly to readers of young age. However the historical and cultural aspects that are divulged in the story appeal to many older readers as well. Therefore the story can be read by mature young adults and more elder people anywhere.

Morrison has written several books and novels using the same language and similar situations that aren’t normal conflicts you’d read in just any book. Perhaps it was these qualities that got her the Nobel Prize in 1993. She has received practically every praise possible for her writings. Sula was even nominated for the National Book Award as well. Morrison’s writings have often been hand-picked by Oprah to be read in her book club which was an extreme success that had millions of Americans reading books.