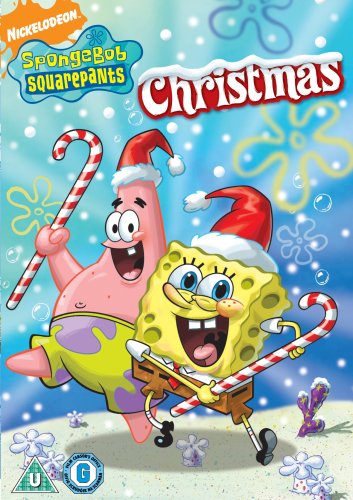 photo via amazon under the creative commons license

Get into the holiday spirit with the Spongebob christmas special

Christmas who? the Spongebob Christmas special was released on December 6, 2000. TV.com gave it a 9.0 out of 10 ranking. This special is loved by many, but does it deserve the praise that it gets?

The special starts of with Patchy the Pirate setting up the special. He explains that they didn’t always celebrate Christmas in Bikini Bottom. It then goes to Bikini Bottom, where we see Spongebob planning to attack Sandy with a karate sneak attack. He then sees lights on Sandy’s tree and confuses it with a fire, so he goes in and stops the “fire.” Sandy tries to explain that it is just a Christmas tree, but Spongebob doesn’t understand because he has never heard of Christmas. Sandy goes on to explain every little detail of Christmas to him. Spongebob then goes to the Krusty Krab to tell all his friends about Christmas.

This special gets a lot right. They did a great job of having the humor that you’d expect from an episode of Spongebob while having a good moral that you’d expect from a Christmas special. This balance can definitely be difficult to accomplish but they were able to do it. My favorite scene is where Squidward realizes he was a huge jerk and decides to make things right. Not only is this scene touching they also add a bit of humor by showing a donkey making donkey noises during this scene.

They did get a lot right, but nothing is this world is perfect.  If I could change one thing about this special, it would be that i’d give Patchy the Pirate more screen time. They kind of set up a story for him at the beginning, but he never really gets any screen time until the very end. I feel like giving him more screen time would have made the story more complete. They gave Patchy extended screen time in specials like Atlantis Squarepantis and it ended up adding to the episode. Beyond that no complaints about this special.

This special is everything you’d expect in a Christmas special. Both Spongebob fans and fans of Christmas specials will enjoy it. Overall, this is a very heart-warming, charming and funny special to watch during the holidays. I’d 100 percent recommend watching it. You can get a DVD set with this special on Amazon for just 3.99.