P.S I Love You will have you crying 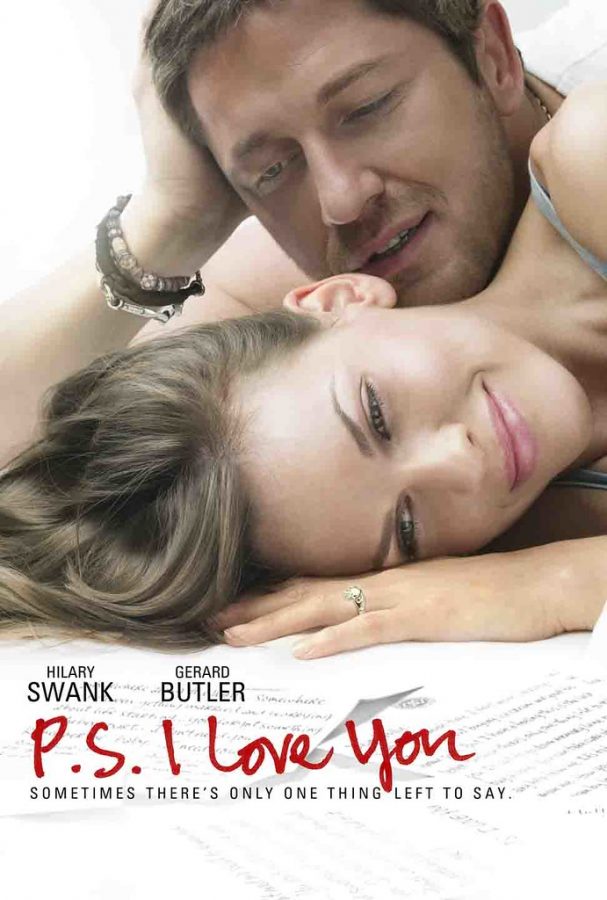 Love is filling the air and there is no other way to enjoy it but to cozy up to a romantic movie. P.S I Love You will have you have you sobbing throughout the movie.
Background
P.S. I Love You was originally a book written by Cecelia Ahern in 2004. It was number one best seller in Britain, the United States, Germany, and the Netherlands. In Ireland it was number one seller for nineteen weeks. The movie rendition was released on December 21st, 2007. It was directed by Richard LaGravenese, who also directed Freedom Writers. P.S. I Love You earned $156 million and had a $30 million budget.
Plot
The movie is based on a woman, Holly, who is grieving her husband, Gerry, who she was madly in love with. After the death of the love of her life, Holly began to distance herself from her family. It was until Holly’s 30th birthday she began to receive letters from her dead husband. He planned out different surprises and events to show that although he is physically gone he will always be with her spiritually. Each surprise and event that occurs helps Holly to grow as a person and cope with her husband’s death.
Critique
P.S. I Love You is not like one of those stereotypical romance movies being put out. The plot is really interesting and different than what is typically put out. Typically in a romance movie it is about two living human beings falling in love. This movie was not like that. In this case one of the love interests, Gerry, is deceased in the movie. Even though he is deceased, the movie was still able to show romantic elements. Throughout the movie it reminds the audience how Gerry and Holly were madly in love and the care they had for one another. It was appeared well that Gerry and Holly had a deep connection with one another even if Gerry was dead.

Although, some scenes the actors did not portray their characters well. The acting seemed like it was too forced, you can tell that they were just acting and that the actors did not connect with their character. There were also some inconsistencies in the movie that have appeared. It was confusing where some characters stood at the end of the movie because what they would say contradicts with the things they said previously.

Overall, the good movie. It will have you go through an emotional roller-coaster. You would have to prepare lots of tissues because you will be crying a lot.
Others review
Although the movie succeeded well it received a lot of negative reviews. Many disapproved of Swank’s acting in the movie.

A user, EUyeshima from IMDb.com describes the movie as “Overlong Look at the Grieving Process Spotlighting an Uncharacteristically Miscast Swank”

Some would disagree like one review from IMDb.com Abadkitty says, “My most favorite romantic chick flick the last two years!! What makes this movie so great is if you have no expectations. Because of reviews and not thinking Hilary Swank could pull off romance made this movie shine. She pulls it off and the movie is way better than the reviews. Tear Jerker!”