How Kobe’s death affected his family, friends and everyone 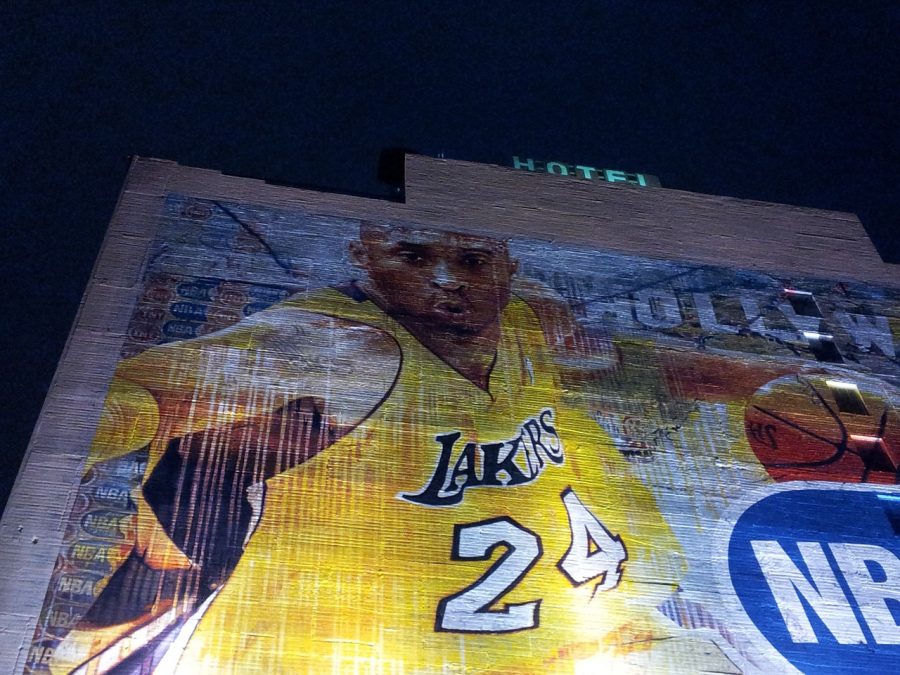 photo via needapix under the creative commons license

The world lost a legend in Kobe Bryant and many people were hit hard by this.

On January 26, 2020 Kobe Bryant, Gianna Bryant and seven other died in a tragic helicopter crash. This tragedy took a heavy toll on a lot of people, from his family to the average person.
The Crash and Aftermath
As of today, his wife, Vanessa Bryant filed a wrongful death lawsuit against the helicopter operator, Ara  Zobayan for the negligence that lead to death of her husband, Kobe and daughter, Gianna. Zobayan also died in the crash but according to Bryant’s complaint he “failed to use ordinary care in piloting the subject aircraft.” Although he had over 8,000 flight hours, in 2015 Zobayan was reprimanded for flying in reduced visibility near LAX as reported by MSN. In the 2015 instance, Zobayan was flying in poor weather conditions and asked the airport air traffic control to enter the LAX airspace. After that incident, Island Express, the helicopter company employing Zobayan, required the pilot to got through additional ground and flight training.

Thirty minutes prior to the crash on January 26, video evidence shows that the helicopter performed “a very aggressive circling maneuver.” The crash investigation found no evidence of engine failure and concluded that the rotors were still turning at the time of impact. Even though it could take a year to fully report a cause for this crash, it is highly likely that heavy fog conditions played a major role in the death of all aboard that helicopter.
His Family
Vanessa Bryant had been with him since she was 17 years old. May would have been their 21th anniversary. Vanessa Bryant was heartbroken by the news. On a daily news article she said “I’ve been reluctant to put my feelings into words. My brain refuses to accept that both Kobe and Gigi are gone. I can’t process both at the same time.” In honor of the legacy of Kobe and Gianna Bryant Vanessa Bryant created the Mamba on three foundation to help the other families affected by the crash.

Kobe left behind 3 daughters, Natalia (17), Bianka (3) and Capri (8 months). He could often be seen at his daughter Gianna’s basketball games and Natalia’s volleyball games. He wanted to make sure he gave his kid’s the same love that his father Joe “jellybean” gave to him. Jellybean let him practice with his teammates and always made time to play him 1 on 1. Simply speaking, his daughters will dearly miss their father. In honor of Kobe people have started the #girldad trend to show the joys of raising girls like Kobe did.
NBA Affected
Kobe and Shaq had some disagreements when playing with each other. These disagreements lead them splitting up after the 2004 finals. After this split it both of them have grown up a little bit and have become really close friends. In an Instagram post Shaq said “this tragic and sad moment of loosing my niece Gigi & my friend, my brother, my partner in winning championships, my dude and my homie.” Shaq and Kobe were not related by blood but were brothers by every other definition of the word, even down to the disagreements.

Giannis Antetokounmpo had trained with Kobe. In their training Giannis had learned a lot from Kobe and grew to respect him a lot. In tweet from 2017 Kobe had challenged Giannis to win the MVP. 2019, two years after the tweet Giannis won the MVP. After that Kobe challenged Giannis to win a championship. Giannis was more heartbroken then anyone when Kobe passed away. He deleted his social media for a short time because he didn’t want anyone to talk to him. Giannis is more determined than ever to win the Bucks their first championship since 1971.
The Average Person
Even people who don’t know Kobe personally, like me, are at heavily affect by Kobe’s death. The news of Kobe’s death hit me hard, it felt like I lost a family member. It was really hard for me to accept the news as facts. After I accepted the news I was in a poor mode for a few days. I  still get in a bad mood when thinking about the crash. In honor of Kobe, I’ve changed my wallpaper to Kobe, and will keep it like that until April 17, exactly 81 days (Kobe’s career high in points) after Kobe’s death.