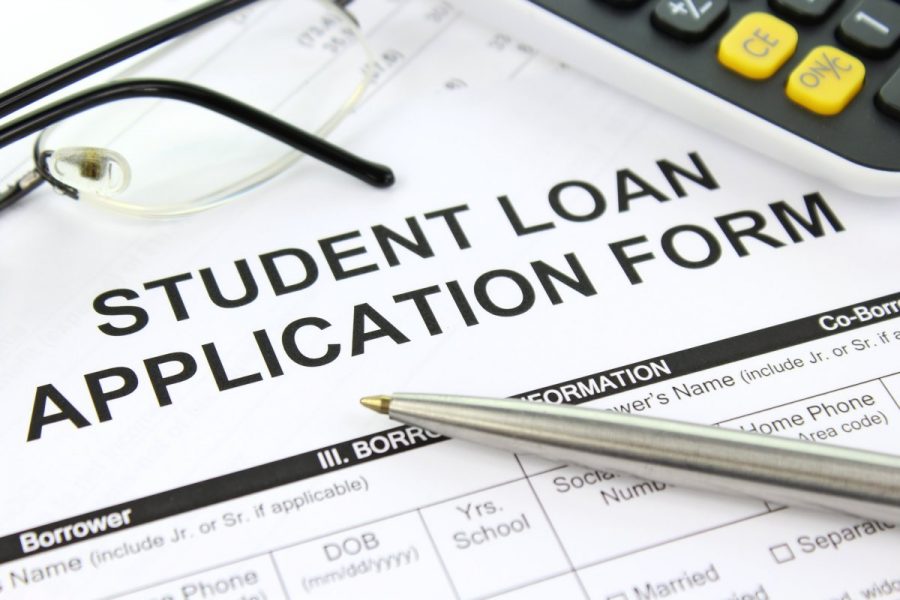 Photo via Picserver under the Creative Commons License.

This is a representation of an application a college student might fill out, just one of many students and forms.

The student loan crisis is not slowing down, and they are hurting students. Today, with the rising costs of college, it is almost an inevitability for most students to take out student loans.
Introduction
The rising of college cost, has resulted in “45 million borrowers who collectively owe more than $1.5 trillion in student loan debt in the U.S.,” according to Forbes. Student loan debt is an inevitability, and it can be dangerous navigating private loan debtors. Furthermore, colleges don’t help students navigate these debtors whose goal is to have you paying off your loans forever. Students are usually on their own, and they don’t know a lot about student loans, or predatory debtors. A teenager entering their first year of college usually doesn’t know anything about taxes, let alone debt collectors!
Student Loans in the Media
This terrifying fact of the U.S. higher education system has resulted in a lot of media made about it. Patriot Act, a Netflix show hosted by Hasan Minhaj, had an episode exploring student loans. Total Forgiveness, a College Humor show, was a game show focused on doing harder and harder challenges to pay off student loans. Adam Ruins Everything, an educational comedy show hosted by Adam Conover, had an episode focusing on student loan debt. There are also plenty of YouTube videos about it and articles that try to help struggling students figure out loans. Clearly, this is a large issue that has gained attention not just in media but in politics.
Loans in Politics
For example, Bernie Sanders, a front-runner for the Democratic presidential candidate, has pledged to “cancel all student loan debt for the some 45 million Americans who owe about $1.6 trillion and place a cap on student loan interest rates going forward at 1.88 percent.” Joe Biden, another presidential front-runner, has said that he wants to, “strengthen college as the reliable pathway to the middle class, not an investment that provides limited returns and leaves graduates with mountains of debt they can’t afford,” according to his website. It isn’t just about allowing students to get a higher education anymore but eliminating the huge debt crisis now.
Student Loans Solutions
Students today have a lot to be afraid of. There’s climate change, political division, and all the regular fears of any adolescent growing up. Higher education shouldn’t have to be something you have to be in debt to for forty years. Students shouldn’t be afraid of student loans or going broke because of a college degree. In history, college was the way to climb the economic ladder, and it still is, but for those who are lucky. A lot of students do go broke trying to balance rent and taxes with student loans, and it’s harder to get help for student loans. Filing for bankruptcy is much easier for other debt, but “over the past 30 years, Congress has made it harder to discharge student debt,” according to NPR.

Loan forgiveness, on the other hand, is much easier– students usually get their loans forgiven. That’s good, but it’s not enough. It’s hard and exhausting for new adults to try and juggle all their loans and bills when they don’t even know what options they have. There are solutions to this crisis, though. Just some that are popular are to make community colleges and public universities free. It is also an option to make information about student loans clear and easy to navigate. Students are so often trapped by debtors because they’re deliberately confusing and students don’t get any information from colleges or elsewhere. Right now, the crisis means that we have been doing something wrong, and we need to get some solutions. Students shouldn’t have to go into debt for decades just for a degree.