Grey’s Anatomy still has merit after years on air 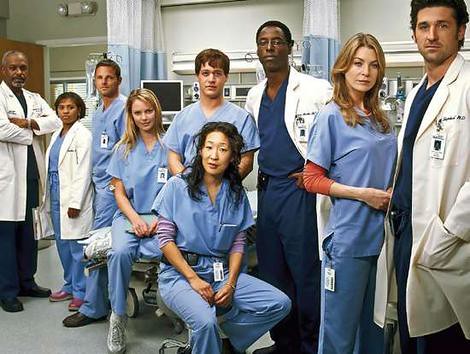 The cast of the famous medical drama, "Grey's Anatomy", from the first few seasons of the show.

With Quarantine still in full effect, people all over have lots of time on their hands. From starting new shows and books to exercising within their home or trying yoga, everyone is trying to come up with ideas on how to keep themselves busy. As we have just reached a month in quarantine I have kept myself busy by watching Netflix shows, among other things. One of my favorite shows at the moment is Grey’s Anatomy.

Grey’s Anatomy is an American medical television show that first aired on March 27, 2005 on ABC Network. Created by famous screenwriter Shonda Rhimes, the show has grown to 16 drama-packed seasons. It is one of the most popular television shows ever to air. The show is by ShondaLand, in association with the Mike Gordon Company and ABC Studios.

The show stars Ellen Pompeo, Sandra Oh, Patrick Dempsey, and James Pickens Jrs. with many other actors and actresses. It now streams 363 episodes on many different networks. The show streams on ABC network, and is found on Netflix, Hulu and Youtube TV with a subscription.

As of February 2019, the show is the “longest American running primetime medical drama series.” Two shows, Private Practice and Station 19 are related, as they have branched off of Grey’s Anatomy.

The medical drama series follows Meredith Grey, as well many other young doctors at Seattle Grace Mercy West Hospital as they start their journey into the medical field. Starting as interns, the doctors have to learn how to balance their personal lives at home, with their lives as medical personnel who save lives through surgery.

The show follows these interns throughout their many years in residency, through heartbreak, fighting, and many crazy surgeries that come through the E.R. doors. The romantic medical drama contains many episodes of action-packed, suspenseful scenes that have viewers on the edge of the seats. Many new doctors are introduced into each season, while others (spoiler!), leave after each one.

I have watched Grey’s Anatomy in the past, but I usually stopped by the 10th season. I thoroughly enjoyed the show when I first watched it on Netflix, but stopped watching it for some unknown reason. Now, a few years later, in quarantine I decided to re-watch the show. After watching the first few seasons, I remembered many parts from when I had watched it a while ago, but there were also many new scenes that I must have missed.

I enjoy the plot, the characters and the overall lessons that the TV show provides. Each episode of the show contains a dramatic and suspenseful plot, that encourages you to watch the next episode immediately.

I really enjoy Grey’s Anatomy, and I recommend it to anyone who enjoys a good romantic-drama show. It has a TV-14 rating for gore, sex and some mature language. But as a disclaimer to anyone who does not like blood or injuries, this show many not be for you. It is also important to remember that the show is based on fictional content for dramatic and romantic plots. Most of the medicine practiced isn’t as accurate. TV Insider says, “It may be one of the most well-known medical shows on TV, but Grey’s is the least accurate when it comes to hospital life”.