The Sun is Also a Star… movie or book? 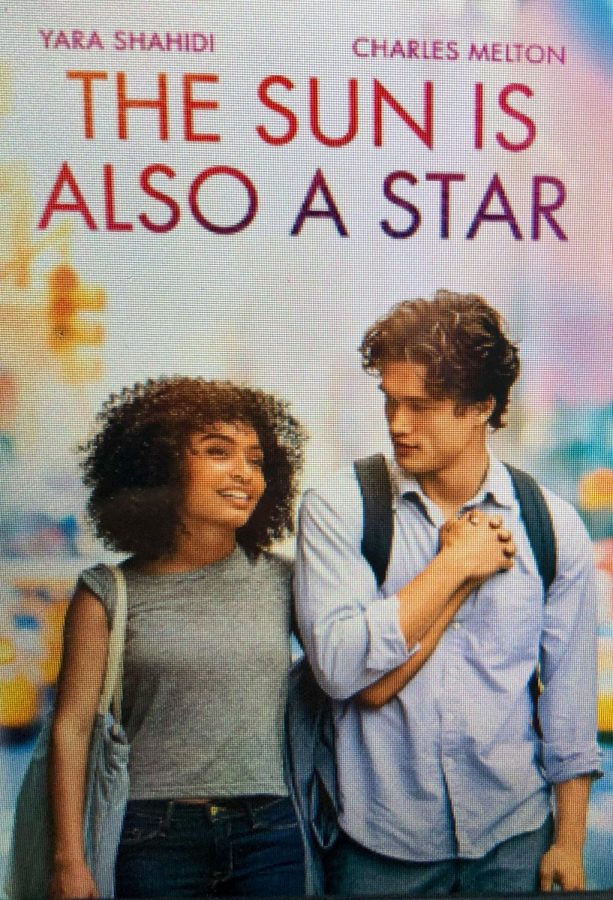 Walking along the busy streets of New York, Daniel tries to get Natasha to fall in love with him.

You don’t realize how good a book or how bad a movie is until you’ve read and watched both. I am here to compare that for The Sun is Also A Star.

No movie has been produced that inspired the writing of a book. But, books were so well written that some turned into movies. Sometimes the images and words written by an author are way more impactful and creative than a movie can describe. Movies also typically aren’t more than 2-3 hours long. But a book doesn’t have a limit to the number of pages.
Opinions
Like most movies based on books, the main idea and theme of the book stay the same in the movie. But, little details that make the book great are sometimes left out of the movie. The two main characters in the movie are Charles Melton (Daniel Bae) and Yara Shahidi (Natasha Kingsley).

The places that Natasha and Daniel go are accurate with the book, the main difference was that the movie didn’t include some details about the minor characters. For some reason, I would have liked it because it really ties the whole book together. But the movie didn’t incorporate it and to me, the little details and characters matter too. Especially since Nicola made minor characters tie into the book and made them more important to the story.
Contrast
Another difference was that while they were at karaoke, Natasha storms off suddenly after knowing she has to leave the next day. In the movie, she comes off as kind of annoying to the viewer at times because she avoids telling Daniel the truth. The suspense keeps building up and it felt a bit dragged out.

Sometimes when you get too attached or involved in a movie, you start feeling what the characters are feeling. Well during this scene where Natasha storms out of the room, I felt frustration and anger. Even though that feeling can annoy you, I think that if a movie doesn’t have any feelings of emotional involvement, it isn’t a good enough movie. Or the actors are not portraying their characters well enough for audience engagement.
Closing Scene
But lastly, the biggest difference that I have mixed feelings about was the ending. Both the book and movie leave you on cliff hangers, but the ending scenes are different. The book ends it off 10 years later when they are on the same airplane, they don’t realize it at first but Daniel hears Natasha’s name and instantly remembers. He calls her name and she then recognizes him and calls his name. Then the book ends. In the movie though, Natasha arrives at a local coffee shop only a couple years later, the same one that Daniel took her to the day they met. As she is about to leave, Daniel starts talking about how he wrote a poem about the sun and Natasha turns around to see him. After a short little scene of them talking, the movie ends.