Clubs at Colonia High School are still meeting amid the pandemic 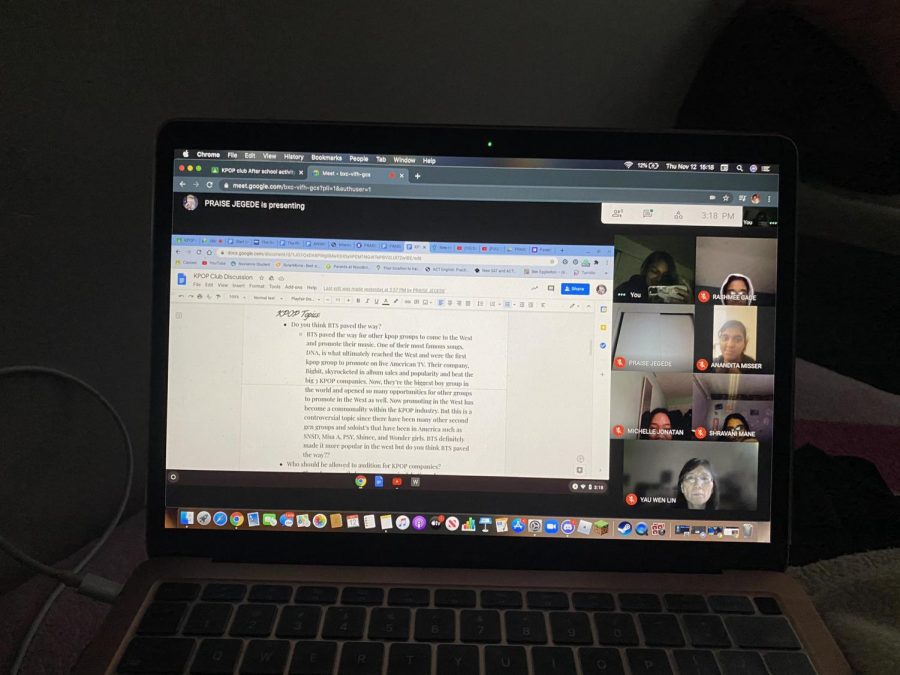 Photo via The Declaration Staff under Creative Common License

This school year, the Colonia High School’s clubs are held more different than in previous years. For most students, clubs are a safe place where they can come together with other students with similar interests.

Before the pandemic occurred, every day at Colonia High School there would be a variety of clubs that would meet up after school. This came to end on March 13, 2020, when CHS first announced that the school was going to be in quarantine. At the end of the 2019-2020 school year, no clubs met up in person and rarely any clubs met up virtually. This was a relatively new experience that the school had previously encountered.

This 2020-2021 school year, certain clubs are starting to meet up again and there were even new clubs formed. Although, this year clubs are set up differently. Clubs are being held virtually instead of in person.
So how are different clubs dealing with the pandemic?
Mr. Long, advisor of Student-Led Action Committee, Fandom Club, and Juggernauts Academic Team, quickly noticed how members of his clubs wanted to keep the clubs going in one form or another. Mr. Long wanted to provide a safe social interaction that everyone has been lacking due to quarantine.

The Fandom Club have been spending their meetings playing Among Us with one another. When they are not playing Among Us they are using various virtual tabletops to play Dungeons and Dragons. Using technology and tools to their advantage, the club incorporates breakout rooms as well.

Recently, the Interact Club started their meetings. In previous years, the Interact Club would meet after school every other Monday, now they meet before school every other Wednesday around 8:15 am until around 9 am.
New Clubs
Even with the difficulties of the pandemic, that did not stop the students of Colonia High from forming new clubs. During this time, the Black Student Union (BSU) and the K-Pop Club were created.

Jasmin Turkson, president and founder of the BSU, was worried about how certain activities meant to do in-person would work out. Turkson was able to manage and make it work. Only forming this year, the club already has 27 members.

Rashmee Gade and Praise Jegede, co-founders and co-presidents of K-Pop Club, faced a difficult time creating the club over the summer. Not only did they have to get the club approved, but they needed to find an advisor to help run the club.  After many emails sent to the school, the club was finally approved and they were able to find an advisor.
Students take on virtual meetings
This is a relatively new experience for everyone, so everyone has a different take on virtual meetings. Ashley Massano, a member of the BSU, feels great about the virtual meetings. Massano believes that it is a convenient and safe way to get together.

Alexa Leviten, a member of numerous clubs including Interact Club, likes the virtual meetings. A downside she experiences with the virtual meetings are the low participation of some members. Leviten explains, “It can feel a bit awkward to unmute your mic to speak.”

When talking to students about virtual meetings they all said one thing in common. This was how virtual meetings nowadays are more convenient. They liked how they were able to join from anywhere and they did not have to worry about transportation back home.

Will clubs go hybrid in the future? It could be a way to get more students involved in after school activities in the future.