Marvel’s Spider-Man: Miles Morales proves to be a hit

Marvel's Spider-Man: Miles Morales has gamers overjoyed that the web-head is back on the Playstation 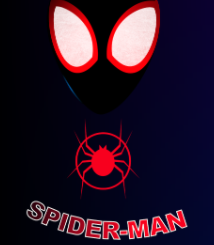 With Spider-Man (2018) being released two years ago, gamers were eager to see Spidey on the PlayStation once again. Since the game had fantastic feedback, its developer, Insomniac Games, had to release another hit.

Fast forward to an awful 2020, PlayStation players saw positive news that Marvel’s Spider-Man: Miles Morales, would be releasing for the PlayStation 4 and the next-generation PlayStation 5 on November 12, 2020. It’s safe to say that the sequel did not disappoint. Here, I’ll explain why.
Graphics
Let’s start off with graphics, and WOW it’s simply fantastic. Even on the PS4 version (which I played), the character models looked really good and were an upgrade from its predecessor. Additionally, the colors used are beautiful. The black and neon purple color scheme of the Underground (the antagonist villain group) really contrasts New York City and looks spectacular in nighttime stages.
Game-play
Game-play was really pleasing. Aside from the day one glitches (that are a given), web slinging was really smooth. When swinging as Spider-Man, you should feel like you are swinging through the wind, and the game certainly captures that feeling. Another aspect that I enjoyed about that game-play was the variety of attacks you can dish out on enemies. Similar to Marvel’s Spider-Man (2018), there are the basic melee attacks, dodges, take-downs, gadgets, and counterattacks. What makes Marvel’s Spider-Man: Miles Morales special is the venom attacks Miles can perform- an ability Miles gains within the story. These attacks can range from a basic venom-punch that can disarm certain types of enemies, or a large venom-blast that can wipe out a large array of enemies. Of course, there are the combination attacks that are smoothly put together and look great. Game-play in this game is unique and pretty good.
Cinematography
Another thing that must be mentioned when reviewing this game is the cinematography. Simply, the cinematography used in this game is on the list of the best that I’ve seen in a video game. The game uses slow-motion to capture critical moments in the story, especially when Miles uses his spider-sense ability to sense that trouble is near. Additionally, the game does a good job of transitioning from slow motion to normal speed. What usually happens is that there will be slow motion, a second or two of a smooth, faster paced shot, then a return to normal speed. This happens a variety of times in cut-scenes, and makes it look so much smoother altogether.
Story
Now, how about the story? Without spoiling the game for those who have not played it, almost every major character in the game is connected with Miles in some way. His mother is now single because his father died in the previous game. Because of this, Miles is extremely close to his mom and must protect her. The game also features Miles’ uncle, who has come back into his life as a mentor that just wants to make sure he is safe- and would do anything to do that. Miles’ uncle lost his brother (Miles’ dad), and cannot lose Miles. That is crucial to him.

Even the antagonists’ motives were centered around family. The villain’s brother died due to a large company in Harlem, Roxxon Corporation. Roxxon’s NuForm energy was lethal to anyone who was exposed to it over time, which ultimately killed the antagonist’s brother. To get revenge on Roxxon, the antagonist planned to destroy them, which would also destroy Harlem in the process. This is where Miles comes in. As Spider-Man, he must stop Harlem from becoming a pile of rubbish.
Final Thoughts
Marvel’s Spider-Man: Miles Morales is easily a 9/10. The story is deserving of an article for itself, because it really shines in this game. The game-play and cinematography is also great. I have no complaints other than the day-one glitches that made the game choppy, laggy, and clunky. Fortunately, these fallacies were fixed by the next day I played the game, and it felt much better. I wouldn’t give this game a 10/10 because there is always room for improvement, and by what Insomniac is doing with this franchise, they’ll find a way to make an even better game.