Reading The Epidemic during a pandemic is a must 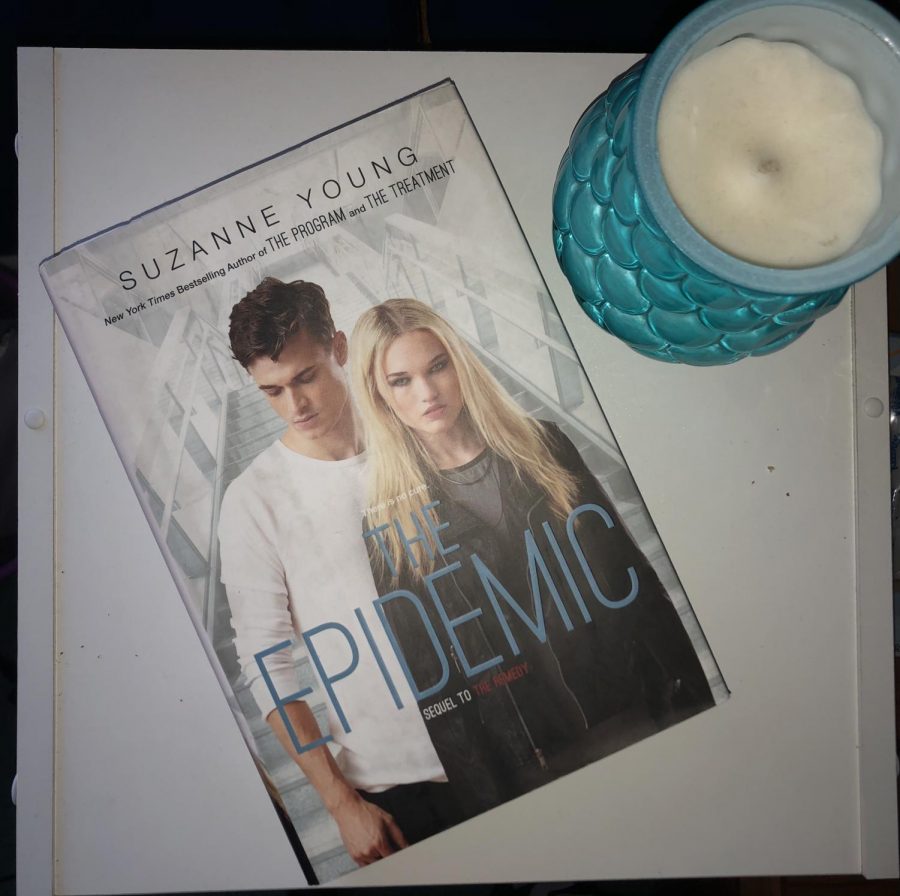 Reading The Epidemic during a pandemic written by Suzanne Young was the highlight of my readings.  It is a sequel to The Remedy and the fourth book in her book series, The Program. The order of this series goes, The Program, The Treatment, The Remedy, The Epidemic, The Adjustment, and The Complication. This book has 384 pages and is young adult, fiction, and dystopia.

Reading The Epidemic during a pandemic written by Suzanne Young was the highlight of my readings.  It is a sequel to The Remedy and the fourth book in her book series, The Program. The order of this series goes, The Program, The Treatment, The Remedy, The Epidemic, The Adjustment, and The Complication. This book has 384 pages and is young adult, fiction, and dystopia.
About the author
Suzanne Young is a New York Times Bestselling Author of The Progam and The Treatment. She is originally from New York but moved to Arizona to pursue her dream of not freezing to death. Young is not only a novelist but is also an English teacher.
Book summary
Quinlan McKee has never been able to figure out who she truly is. She was a closer which is a person hired to play the role of someone recently deceased in order to give their families closure. Because of this, Quinn learned to read people and their situations. But she couldn’t have guessed that her last case would bring down her entire world.

Deacon, her best friend, and love of her life is the only person she thought she could trust. But, after discovering that he has been keeping secrets from her, she realizes she can only depend on herself, even if she barely knows who that is. Her journey brings her to people that will lead her to Arthur Pritchard, a doctor who has been trying to control her life.
Reviews
Goodreads gave the book an overall of 4.23/5 stars. There were mixed thoughts and feelings about the book, as most things do. There are definitely more good reviews than bad ones though. Some felt that the book wasn’t a necessary sequel to be written, but others enjoyed the fact that Suzanne Young didn’t leave her readers off with a cliff hanger.

A reviewer who gave the book 5 stars said, “Fantastical, fascinating, and completely compelling, it had me once again hooked from the first page as Quinn’s journey continues where The Remedy ended.”

A reviewer who gave the book 1 star said, “I did not like this book at all. It was just bland compared to her other books. It took me FOREVER to finish it. I’m so glad that I finally got done with it.”
My thoughts and opinions
When I first got this book I didn’t realize it was part of a series, so I just read some summaries on the past books to get some insight on what was occurring. I would highly suggest you do the same as well if you plan on reading this book without reading the others beforehand. The book could get a bit confusing if you don’t know any background information. But, I would suggest reading the books in order if interested in this series.
The good
This book has a very different and unique plot. It is very dystopian and has a very interesting futuristic concept. It also has a pretty deep message about a suicide epidemic. When things are slower in the main plot, something is happening in the background that keeps the story going. It also tied the other books together into this one to not leave readers confused if they forgot anything from the other books. The action never really ends and has Quinn leaving home during the first chapter and really never finishes running. The whole story comes to a good conclusion. It set the stage for the next novel where characters Sloan and James make their entrance. Therefore, reading The Epidemic during a pandemic written by Suzanne Young was the highlight of my quarantine.
The bad
The struggles Quinn has regarding identity are a bit overdramatic sometimes. I mean, I understand her thoughts because she doesn’t really know what her real identity is. She spends her whole life imitating other people and it has made her forget who she originally was. But, it was restated way too many times. It was not only redundant but also a bit lackluster since a lot of teens also struggle with their identity. Therefore reading The Epidemic during a pandemic may not suite for all mental health statuses if your find yourself in a similar situation as the character.