Disney plus provides entertainment for people of all ages 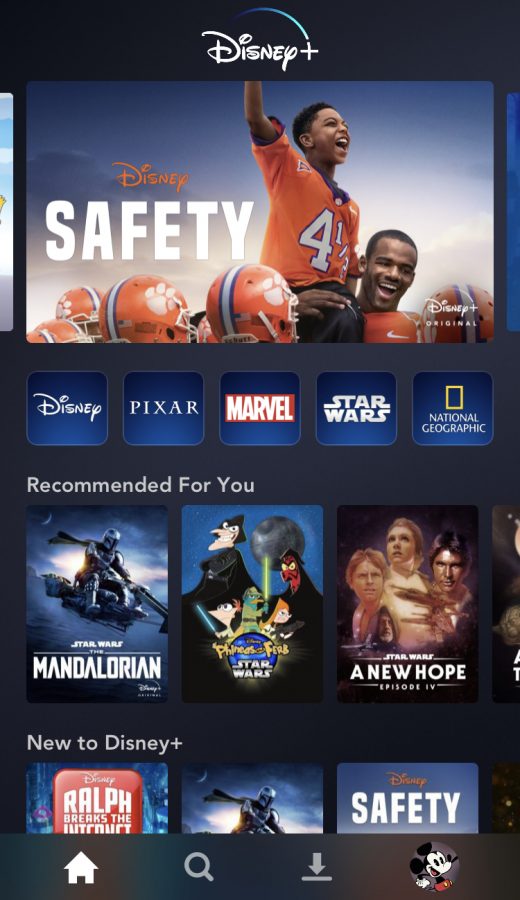 Disney plus has nearly 75 million subscribers. Many wonder if they should join in on the action

On November 12, 2019, Disney launched Disney plus. A little over a year after the service’s debut, many wonder if it’s worth the investment.
Content
Disney was able to fill this service to the brim with content. There are about 500 movies for you to watch on the service. Along with that, there are also 7,000 episodes of TV shows. They are truly able to flex their massive line on content on this service. Due to Disney’s massive empire, they’re also able to have a pretty big variety. Whether you like action, animation, live-action, documentaries, or classics, you’ll be able to find something. The only criticism is that they don’t have any content strictly for adults. This has shied some adults away from the service.
App
How the app itself runs is just as important as the content on it. The app used to be plagued with consent issues. According to down detector, Disney plus had 20 problems and outages in January 2020. By November of 2020, they had cut this number down to 9. Disney plus has clearly put the effort in to try and make their app more stable for the user. I’d expect this number to only keep getting better. Despite some early worries I believe you will not need to worry about the app’s ability to work very often at this point in time.
Accessibility
You may question if you can watch Disney plus on your device. Considering there are nearly 20 devices that support the app, chance are you will be able to. You can watch Disney plus on 4 different devices at once. This is good if you have a family who wants to watch while on the go. You can have your account linked to 10 devices at one time. This makes it so you can watch Disney Plus nearly wherever you are and on whatever supporting device you please.
Improvements
The app has slowly made improvements. They are reportably planning to add a rated R section. You will need a pin code to access this section. This will allow them to put a lot of fox content and expand the adult market. One change I wish would be made is that you can get rid of movies in your “continue watching” section. Often I finish watching a movie but because I didn’t watch the credits it will linger in my “continue watching” section. This can make it difficult to find movies or shows I’m actually trying to finish watching.
Overview
Now it’s time to answer the million dollar question, is Disney plus worth your time and money? Personally, I’d say yes. There is plenty of content already with more on the way. The app is extremely accessible. Last of all it’s pretty clear that they’re committed to making the app better. This can be seen from the apps growing library and the apps stability improvements throughout the months. If you own one of the twenty devices that carry Disney plus, I’d recommend giving it a try. You get a seven day free trial and after that it is currently seven dollars a month.