Is the novel “Everything, Everything” really everything? 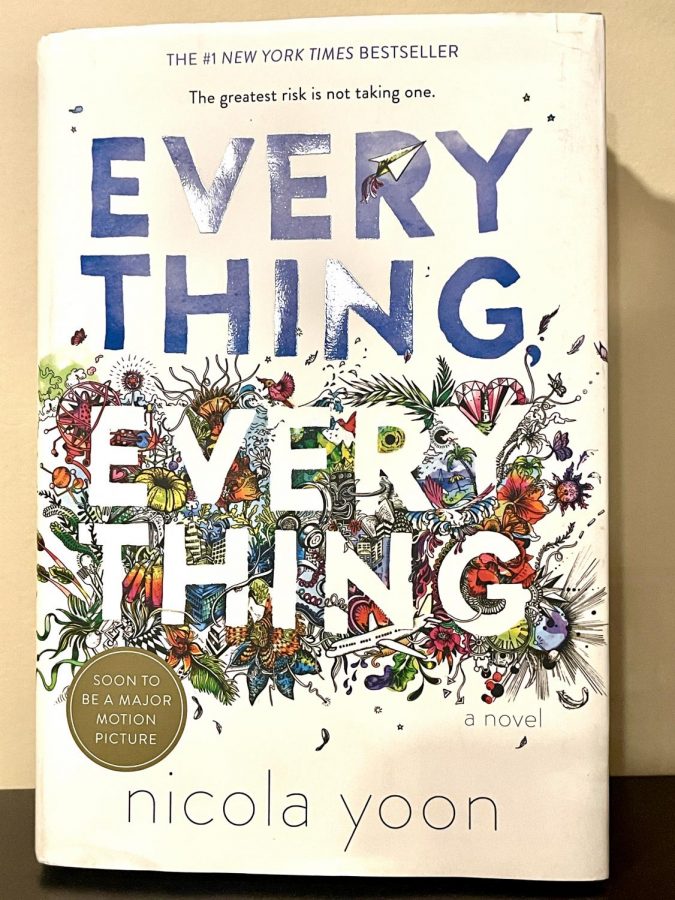 Author Nicola Yoon made her literary debut with her 2015 young adult novel, "Everything, Everything." The New York Time's Best Seller novel eventually got a movie adaptation in 2017.

With only two books, Everything, Everything and The Sun Is Also a Star, Jamaican-American author Nicola Yoon has made her mark in the literary world. She was an honorary recipient of the Michael L. Printz award  and winner of the Coretta Scott King Book award in 2017. Both of her novels debuted at number 1 on the New York Times Bestseller list and she was a National Book Award finalist.

Summary
This number-one New York Times Bestseller follows the story of Madeline Whittier, an 18-year-old girl who has been isolated from the world her whole life. According to her mother, Madeline has SCID (severe combined immunodeficiency), making her immune system extremely weak.  She has a nurse named Carla, who has been with her since she was a child. Madeline has never been outside and her home has several features to ensure her safety, like air filters and an airlock room that surrounds her front door.

One day, a new family moves to their block. Madeline immediately has a fascination for their son, Olly. The two end up writing on their windows, exchanging their numbers and email. They message back and forth for weeks, becoming extremely close. Carla, the nurse, one day sneaks Olly into the house. Madeline and Olly get to finally interact with each other face to face.

After that interaction, the two fall in love. Their love is so strong that they will risk everything to be together, even if it doesn’t last long. They go on a risky adventure and uncover secrets that will change their lives forever.

The intriguing love story had met so much success that it was turned into a film in 2017. Starring Amanda Stenberg and Nick Robinson, the movie grossed $61.6 million at the box office.

Review
This novel perfectly combines adventure and romance. Yoon’s story telling truly captivates the readers and leaves them curious to know what happens next. I read all 310 pages in 4 hours because I was so engaged and interested in the plot.

The thing I like the most about this book was how it’s told from Madeline’s diary. There are visuals that keep readers hooked to the page as well as an explanation of Madeline’s emotions that make the reader feel like they are in all the action firsthand. The paragraphs are short and there’s a lot of dialogue, keeping the reader engaged.

I would give this book a 10 out of 10. It’s probably one of my favorite books and is great for all young-adult readers. You can purchase this book on Amazon for $9.34. At Barnes and Noble, it’s $9.89. It’s certainly worth a purchase!