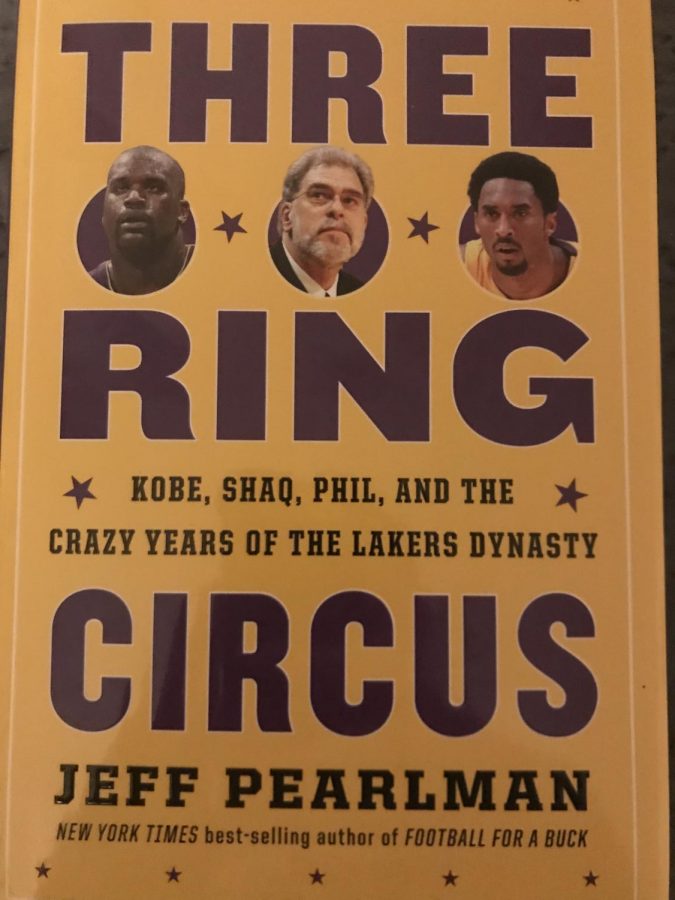 The story of the Kobe and Shaq Lakers is one of the most interesting in sports. Author Jeff Pearlman tells the story to its fullest

Three Ring Circus by Jeff Pearlman tells the story of the early 2000s Lakers. This team, featuring Kobe Bryant, Shaquille O’Neal and Phil Jackson, has one of the most interesting stories in sports.
Chapters 1-6
These chapters tell the story of the team before the 2000-2002 championships. First is the Lakers of the 80s and how that team slowly fell apart. Continues with the 1996 season to set the stage. After that Pearlman talks about the story of why they drafted Kobe Bryant and why Shaquille O’Neal decided to sign with the LA. After that Pearlman talks about their first two seasons together.
Chapters 7-12
These chapters tell the story of the three championships. The Lakers were doing a lot of winning in this time period. Some may think that winning wouldn’t create for interesting stories. Although this section of the book is probably the most boring, there are still lots of interesting stories about the Lakers. The most interesting stories, not only from these chapters but the book generally, comes when the story is about Kobe Bryant. Bryant was a young adult playing with the best team in the world and making millions of dollars to do it. Which lead to some interesting stories.
Chapter 13-18
These chapters tell the story of the downfall of the Lakers dynasty. Pearlman compared the downfall of the Lakers to the downfall of Will Smith’s music career. One of the chapters is even called “getting bored with it” as a reference to a Will Smith song. In 2003, the Lakers lack of chemistry caused them to lose to the San Antonio Spurs. In the 2004 offseason, the Lakers signed Karl Malone and Gary Payton as a last ditch effort to win another championship. This only caused a further divide in a roster that was already pretty broken.
Review
This book has many, many good things about it. Honestly though, the best part of this book is just the research that was done. Pearlman wanted to make sure this book had as many stories as possible. The more stories that are told the more it feels like you were in that locker room. If there was ever a movie or documentary of the Kobe and Shaq era Lakers, I believe this book would be used as a model. This book is big, almost 400 pages. However, very few of these nearly 400 pages will leave you bored or wanting more.

This book is great, but not perfect. One thing I noticed throughout the book is that some things are exaggerated. Some stories are made to seem like more than they actually are. This can sometimes distract from the bigger picture. Although I do love most of the stories, I believe some of the chapters have a bit too much to process. I believe if the story was broken into two parts it would’ve been better. One book about the dynasty itself and one about its breakup. I believe there is enough content for both to make them their own full on books.
Overview
Should you buy this book? Well, it depends. You need to be interesting in the subject matter to truly enjoy this book. If you’re trying to get into basketball, I’d recommend other book before this one. However, if you already have an interest for basketball you should totally read it. Like I’ve said before it’s full of interesting stories that will keep you occupied for hours. It also helps you truly understand one of the greatest teams ever. If you want to pick up this book, you can buy a hardcover copy on Amazon for $17.99.