“Dear Edward”: Is it worth the read? 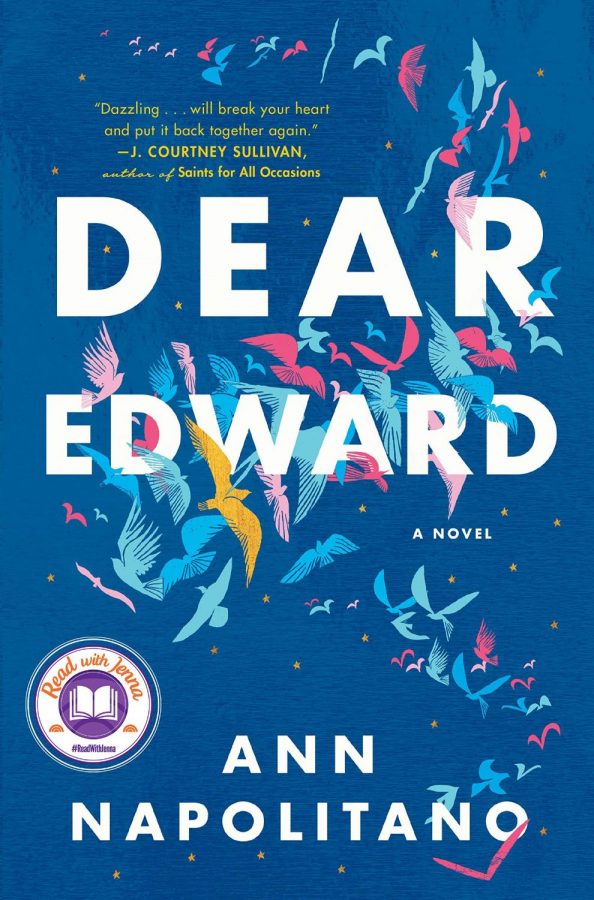 Photo via Amazon under the Creative Commons License

Dear Edward is a novel written by Ann Napolitano. It is based on the real plane crash of Afriqiyah Airways Flight 771 on May 12, 2010.
Summary
The book starts when 12 year old Edward Adler and family boarded a flight from Newark, NJ to Los Angeles, CA, in hopes of having a new start in their big move. However, a few pages later it is clear that it will not be what they had expected. Before they are able to reach their destination, the plane suffers a crash. Edward soon realizes that everyone on the plane had died in the crash, and he is the sole survivor.

After Edward is rescued and recovers from his injuries, he has to go back to his normal life. However, it’s not the same as it was before he boarded Flight 771. Edward moves in with his Aunt and Uncle and has to adapt to the new life around him. He starts at a new school and meets new friends.  He still struggles everyday with recovering from the plane crash. Edward soon realizes that other people look at him differently, considering he was a sole survivor of a deathly plane crash. People around him stare and take pictures of him wherever he goes.

Throughout the rest of the book, Edward learns how to live his life differently. He is introduced to friends and family of other passengers on Flight 771 who did not survive. Edward faces the constant struggle of trying to learn how to live without his family. He also struggles to be able to find himself and his true purpose in life after the tragedy that he had survived.

Review
Dear Edward is one of those books that once you pick it up, you can’t put it down. Napolitano was able to depict this true story perfectly. She is able to put the emotions of Edward into words so well that the readers are able to feel that emotion also. It is interesting to read not only how he survived, but his life afterwards. Napolitano touches on how the world is so much different for Edward once he returns back home alone. She writes about Edward’s struggle in finding himself post-crash, and how hard it is to live without his family.

One of the most important things to remember while reading this book is that it’s a true story. Although it is fiction, it is based on true events. When reading, it is hard to believe that Edward was actually able to be a sole survivor of a deathly plane crash, but he was. She is able to provide those traumatic scenes that are heartbreaking when you remember it is a true story. Even though this book is morbid at some moments, Napolitano was able to write it very well. If you are looking for a new book to read, Dear Edward should be it.