We Were Liars is a page turning book 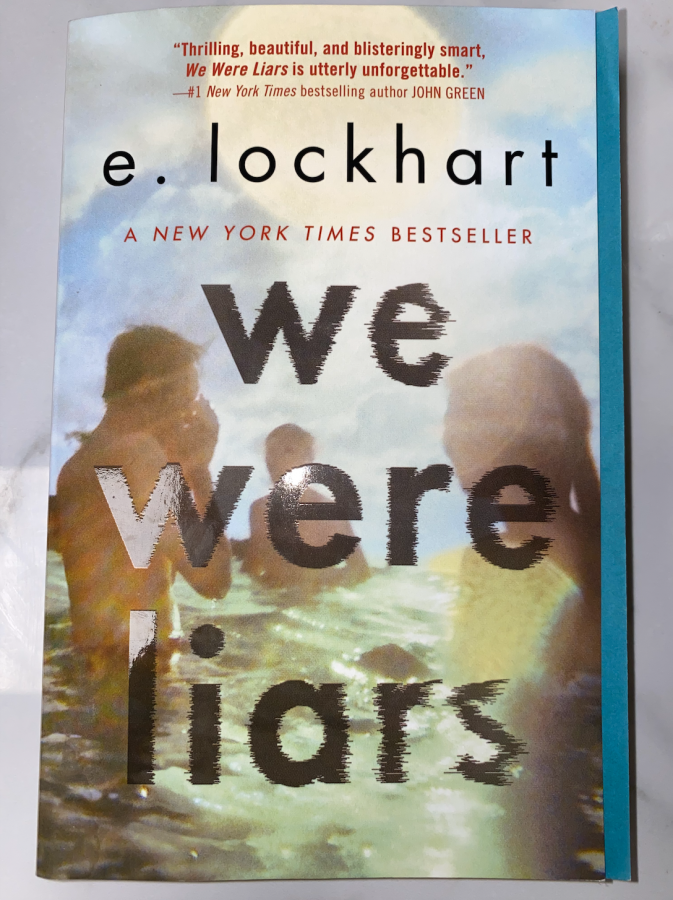 We Were Liar is included in the ALA Top Ten Best Fiction for Young Adults for 2015.

In life we assume having money and material items is equivalent to ultimate happiness. We Are Liars brings you to a world where they show that is not the reality for many.
Author & Awards
Written by E. Lockhart, We Are Liars was published on May 13, 2014 by Dell Publishing Company. E. Lockhart, also known as Emily Jenkins, writes both children’s books and young-adult novels. Some of her popular works are Genuine Fraud and The Disreputable History of Frankie Landau-Banks.

The book was the most searched standalone title on Goodreads in 2014 and won the Goodreads Choice Award for Best Young Adult Fiction. The book reached sixth place in the New York Times bestseller list. We Were Liars falls under the young adult fiction and psychological thriller genre.
Plot
Every summer the McClair family reunites as they vacation together on their private island off the coast of Massachusetts. On the island it seems like the family are the only people in the world, as the island is enclosed to the outside world. To the outside world the McClair family seems like a picture-perfect family, but as we get more in the book we realize they are not as perfect as they seem to be. We start to see the true lives of the family from Cadence, the oldest grandchild of the McClair family, point of view.

From the beginning of the book, we see the close bond she has between her cousins, Gat (family friend), and herself begin to grow. They called themselves “Liars”.  Summer after summer we see them reunite and have the time of their lives. Their summers took a turn  on summer 15 when an incident between Cadence occured. The incident caused Cadence to lose all her memory of what happened and only remembers what her family says supposedly happened.

As she returns to the island during summer 17, things have changed. Cadence noticed changes like the remodeling of the house and the behavior of her cousins and aunts. Due to her head injury, Cadence tends to forget things and is frustrated trying to figure out what really happened that summer of her incident. She starts to recall her memory and realize the twisted truth of what happened that night.
Review
Absolutely immersed in the 250 page book, I managed to finish it in a day. Automatically having assumption that the lives of the rich is perfect, it was interesting to see  the hardships Cadence and her family faced. It was just as similar to an average person. Facing love, family and grief, those were just a few of the problems.

I did end up crying throughout the book. It left a mark on my heart and I was not able to stop thinking about it for days straight. When I finished the book it was not what I expected it to be when I first started.Throughout the book we see the story starts to unravel and touch on dark topics. Trigger-warning includes death, self-harm and underage drinking.

We Were Liars is a perfect book for someone who is into books with characters who enjoys reading about the growth and connection in the relationship between family, in this book it would be the cousins. Also, if you enjoy books with unexpected events.

If interested in reading We Were Liars, it is $17.99 for hardcover and $12 for paperback.