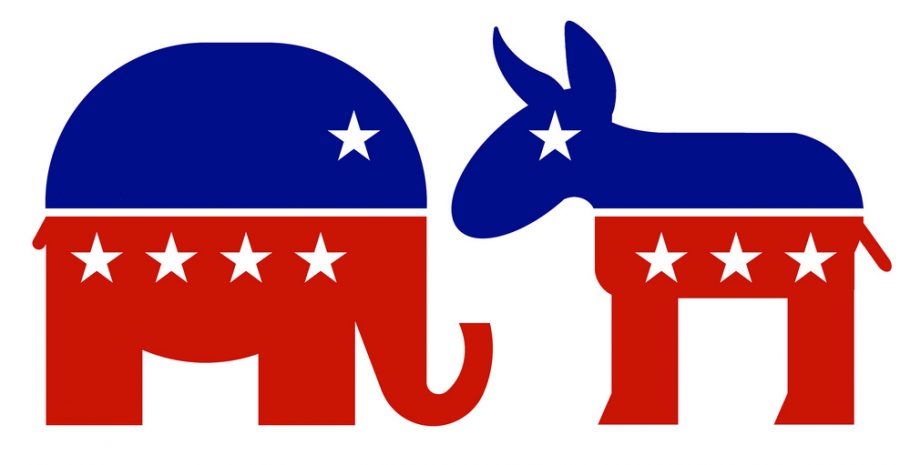 Both Republicans and Democrats share different ideologies, which has caused a split between our nation's citizens.

America’s political stance is divided after Trump’s controversial four years in office. When our nation was hit with the COVID-19 pandemic, politics didn’t get any easier. COVID-19 and the government basically go hand-and-hand at this point.

Many citizens think Trump handled the virus unprofessionally. The president rarely wore a mask publicly. Not only that, but the press constantly attacked him for his ignorant statements.
Trump’s Accomplishments
Although he gets a bad rep, Trump has had some major accomplishments throughout his four debatable years.

They even go on to mention that the 25% of lowest-paid Americans got a 4.5% income boost by 2018, which gave the highest paying workers an outpace of a 2.9% gain in earnings as well. Average incomes went up for all economic classes which haven’t happened in more than 20 years. Prior to Covid-19, more than 7 million jobs were created. More Americans were employed because of this than at any other time in our history. This also included more than half-million manufacturing jobs.
BLM
I certainly think Trump knows how to work the economy and have jobs available for more people, but his recent comments really cross the line. Republicans and Democrats were heavily against each other. The heat against both parties worsened once the BLM movement started. The Washington Post notes that Democrats fully embrace the Black Lives Matter movement.

They said, “The Democratic Party fully embraced the imagery and themes of the Black Lives Matter movement on its convention’s first night Monday, highlighting family members of Black men who have been killed by police and showing footage of marches through American cities.”

Most citizens believe African Americans have the right to protest during these rough times. I’m a firm believer that everyone’s voice should be heard if what they’re fighting for is done with diplomacy. According to a study from PR Newswire, 63% of Democrats agree more with BLM, whereas 87% of Republicans think all lives matter.
Political Views
As Republicans and Democrats think much differently, should we have political parties? Republicans and Democrats’ views frequently oppose each other. Should we vote for a candidate based on their party affiliation? Or, should we vote for the most equipped?

When the Trump supporters raided the Capital, people were concerned that something like that can happen much more frequently now.

In fact, George Washington himself thought political parties would split America. And we can see more than ever before that it has or has at least weakened the US.

Indiana University’s website states, “And that’s where our two great parties, for the most part, have excelled: they accommodate different interests, opinions, and views. Our system does not have enough consensus-building mechanisms; the parties are crucial to this. Strong political parties that can unite groups with different interests have been a source of powerful change in our history.”

They also try to debunk Washington’s theory. They explained that this is partly because we live in a different time and country than George Washington. Also, the United States is not only bigger geographically, but so much larger in both population and diversity.

If crossing party lines is holding up laws from being passed that can help the American people, then maybe we should consider dissolving political parties. If hatred is going to ensue because of political party affiliation, maybe it is time to consider taking an independent approach. But if these major parties are the checks and balances of democracy then, they need to stay to ensure democracy endures.

The New York Times explains, “Democracies, however, need political parties. We need permanent organizations that earn political power and govern, that are forced to articulate disparate interests and viewpoints, that can recruit and develop future government leaders and that monitor those already in power.”