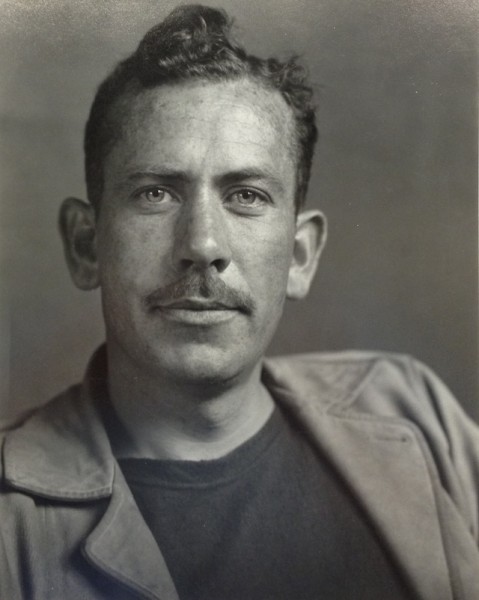 John Steinbeck was both a Nobel and Pulitzer Prize-winning American novelist of a couple of books.

Of Mice and Men is an extremely controversial novel that was written in the 1930s about friendship and doing what’s right for the betterment of people and society.

In 1936, award-winning author John Steinbeck wrote the masterpiece, Of Mice and Men. It highlights the struggle people had during the Great Depression in the 1930s and how people were treated. The book is one of many award-winning novels written by John Steinbeck. His books include a lot of intense reading and language, which to some may seem offensive but from his perspective, it’s just the truth.
Book Summary
Two farm workers during the Great Depression look for work throughout the state of California. One character, John, is a driven worker who takes care of Lennie, a childlike man with mental problems and schizophrenia. They soon find work on a farm where they are hired as work trials to prove themselves. Since Lennie is unable to control his affection and infatuation, tension and problems between the two men and the rest of the ranch arise. George must deal with protecting Lennie, himself, and the status of their jobs. He must make decisions that will either lead to their death or their survival.
Praise and Critique
When I read this book for the first time, it shocked me at how blunt the wording was, especially when reading it when I was younger and more naive. The book did a fantastic job at referring to incidents and moments where people were forced to make tough decisions. Some shocking moments throughout the book were a real eye-opening moment for me. The story will send you through a mix of emotions and leave you on the edge of your seat. The decisions made in the story will leave you questioning what you would do if you were in their position.

I would recommend this book to any young adolescent who believes they need an eye-opener to the real world. It is also a great book for understanding the past. It isn’t all sunshine and rainbows out there in reality. There are people who don’t care if you have a disease, or are insensitive to the color of someone’s skin. One of the themes painted in this book is ignorance, and there are many life lessons that can be taken from this novel.

I would give this book a 4.2 out of 5 stars rating because of the blunt experiences and moments that are given. All in all, this is an extremely beautiful and sad book portrayed excellently by Steinbeck. This novel taught me many lessons regarding the concept of life. It made me realize how inhumane some people were to others, especially ones who are unique mentally or physically.