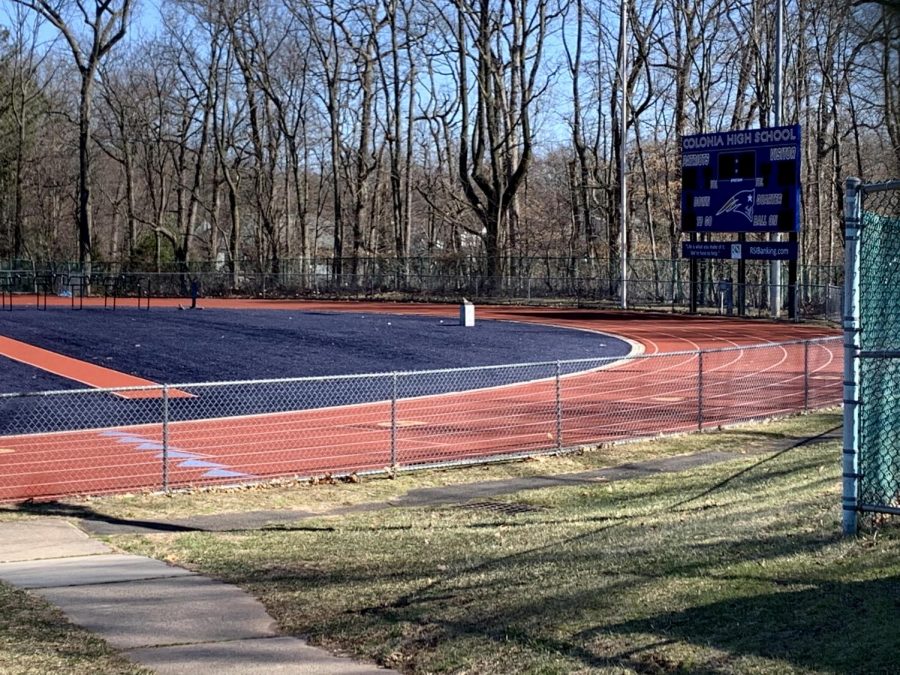 The Colonia High School track was piled in snow which delayed track season for the winter track team. Lately, Colonia has been facing harsh snow storms that caused setbacks in after school practice and preparation for track meets. Also, because of the pandemic the boys and girls on the winter track team are required to run with masks on.
Snow Conflicts
The winter track team have been facing weekly snow storms, that caused many schools to close, and delay openings. One issue the weather has caused is setbacks and cancellations in track practices. The team face conflicts due to COVID-19 but they also faced new challenges due to snow storm. During my career in high school, I participated in the spring girls track team for two years, and usually we would practice inside the high school if there was snow on the track. But during my time in the winter track team, we never faced conflicts of quarantine, at-home learning, and dramatic weather conflicts.
Virtual Conflicts
Many were disappointed with the season setback because they were looking forward to the track season.

Sherrie Manalo, senior at Colonia High School, “We basically have virtual practices if we can’t practice on the track.” Although, it could be difficult to have a track practice virtually, this gave them preparation for the start of season. Overall, this was the best and safest option for the winter track and field team.

Courtney Negra, senior of Colonia High School, stated, “Well yes, in the beginning before we were allowed we had multiple virtual practices where pretty much all we did was like core workouts.” But eventually the track team were able to practice in person with the best of their ability. Negra also said, “But when we got snow we had to practice in the band parking lot as well as around the school. ”

The other issue the track team faced is COVID-19. This global pandemic has forced the athletes to wear face masks, during practices and meets. This can make running for the athletes more difficult and make the season conflicting. It can be very hard to breathe with the mask on especially when running.

Negra further explained their track practices and said, “Then when we finally got to get together we had to wear masks when stretching but if we are running we do not have to.”

The athletes understand these precautions they have to take but do agree that this can be conflicting during meets. It seems to make the season more difficult for them. They try to learn different ways to control their breathing so it’s not too much for them. So far three meets were cancelled but they were able to have two meets in the beginning of March.