Basketball and Coronavirus: One Year Later 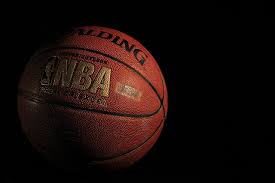 On March 11, 2020, the basketball world was put on a stop due to the spread of the Corona-virus.

After a year of dealing with the Corona-virus, it is obvious the structure of our country has changed massively. One thing impacted hard still to this day, is the sports world.
NBA in 2020
On March 11th, 2020, Utah Jazz center became the first athlete to test positive for the unknown virus. On that same day, the NBA had suspended it’s season due to the protection of their players. For 5 months the season was in the air with plans of cancelling it rumoring around. At the end of July, the NBA agreed with Disney to use Orlando as what is known as “The Bubble”. They would finish the season with social distance and safety precautions.
The Bubble and the NBA today
Following the success of the bubble, the question was “What now?”, for NBA commissioner Adam Silver. There has been an estimate of about 50 players, total 100 people within the league to have tested positive. There have also been instances when a player has “contact tracing”. These are instances where they were with someone or around someone in recent time to test positive. Even if the player doesn’t test positive, they must not play and sit out for a period of time.

Although the initial plan at the beginning of the season was to not have an All Star weekend, Silver decided to make one day of all the events. This caused tension between the players and the league, as they were tired enough already, they wished to go home. The day of the event in February, Philadelphia 76ers stars Joel Embiid and Ben Simmons had tested positive for COVID-19 following a positive test from their barber. This made them ineligible to play in the event. As we pass one year and look forward to the NBA playoffs, it is safe to say no one has any idea how the rest of this season will play out.
Cancellation of March Madness
The NBA hadn’t been the only organization to cancel their season. Following the NBA decision to suspend the 2019-2020 season, the NCAA had cancelled all conference championships and the awaited March Madness tourney. Unlike the NBA, the season was not resumed, and some students had played their last college game unknowingly.
NCAA Today
Due to the division in teams and conferences throughout the country, it was impossible to come to one decision on when to play. This caused many conferences, such as the Big Ten and Mid-Eastern to suspend their season. The Ivy League, decided to option out of the season.

A year later, with the Men’s own personal bubble taking place in Indiana currently, and the Women’s in San Antonio, the NCAA has gone through a lot to get back to this point. The plan for the NCAA was to make a bracket after teams played around an estimate of 20 games. After many moments from teams where they were forced to cancel games or practice due to tracing or a positive test, they finally made it to March. Virginia, a high status team in the Nation, had opted out of their respected conference tournament. Most recently, one of the bracket games scheduled to be played had been forfeited due to a positive test from the VCU team. This led to the advancement of Oregon in the tourney.

Nonetheless, nothing has been normal over the years, especially for the basketball world. But players continue to sacrifice and play for the entertainment of the country.