Life on the Sidelines 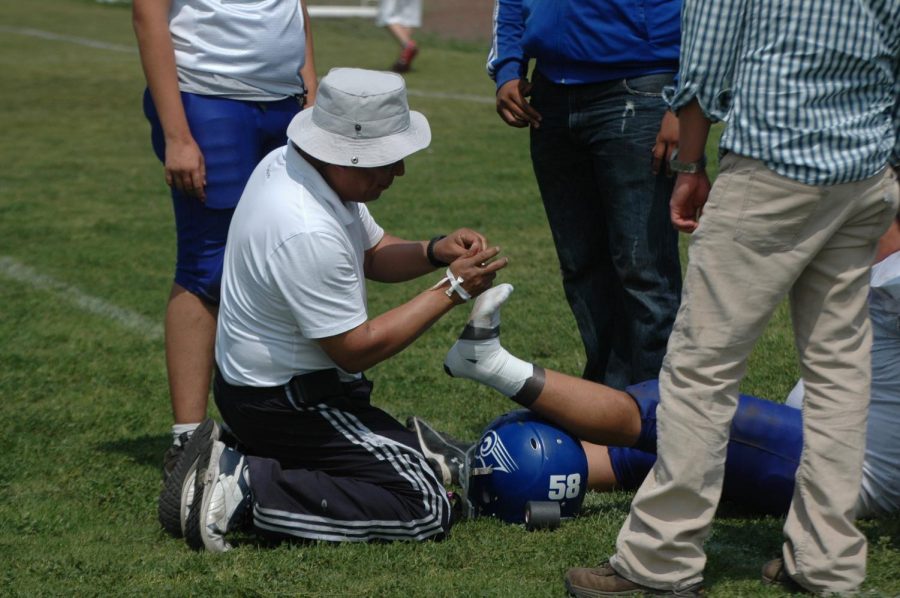 Watching the game they love from the sidelines can affect a player mentally.

People often overlook how much hurt it can cause a player to know they have to sit out of their sport. Not only physical pain because of an injury, but mental as well.
Mental Trauma
When a player gets hurt while playing their sport, it can sometimes affect their mental well-being more than their physical health. Playing a sport for a while starts to become muscle memory, and habits form when doing certain things. However, when an injury occurs, everything can be thrown off for a person.

Olivia Bryant is a junior at Colonia High School and she does competitive cheerleading. At one point in her life, she broke both of her fingers while tumbling. Bryant said, ¨The skill I was doing made me scared to do it again mentally and physically, I just don’t like doing it anymore to this day.¨

She explains how even after she was better, she was still nervous and fearful of it happening again. This is common with a lot of athletes who are injured while playing. Some refer to this as a “mental block” and it is just what it sounds like. Your brain blocks you off from doing something that you know how to do. The main cause of this is the fear of getting hurt again.
Different Perspective
Players get so used to being in the game a that is the only perspective that they see. When a player is injured they have a whole new perspective of the game. They see what the coaches see and they see how hard a sport can really be. It also makes players realize how much they need their teammates. It can also show the dangers of the sport you play and the risks that go along with it.

Bryant confirms this by saying, ¨It also showed me how dangerous cheer can be sometimes, and just being a little incautious can end up in an injury.”

From an outside perspective, you see how important it is for the team to put in the effort and work together. Even if you feel like you are doing something harder than another person, you still need everyone there to help motivate and cheer others on. Teammates really can help to give everyone the momentum they need to keep going.

Sitting out can really make a player anxious to get back in the game again. It is hard watching your teammates do the sport you love without you. But, watching from the sidelines can also make players more eager to get back out there again as well.