Jojo’s Bizarre Adventure, the bizzarest there is 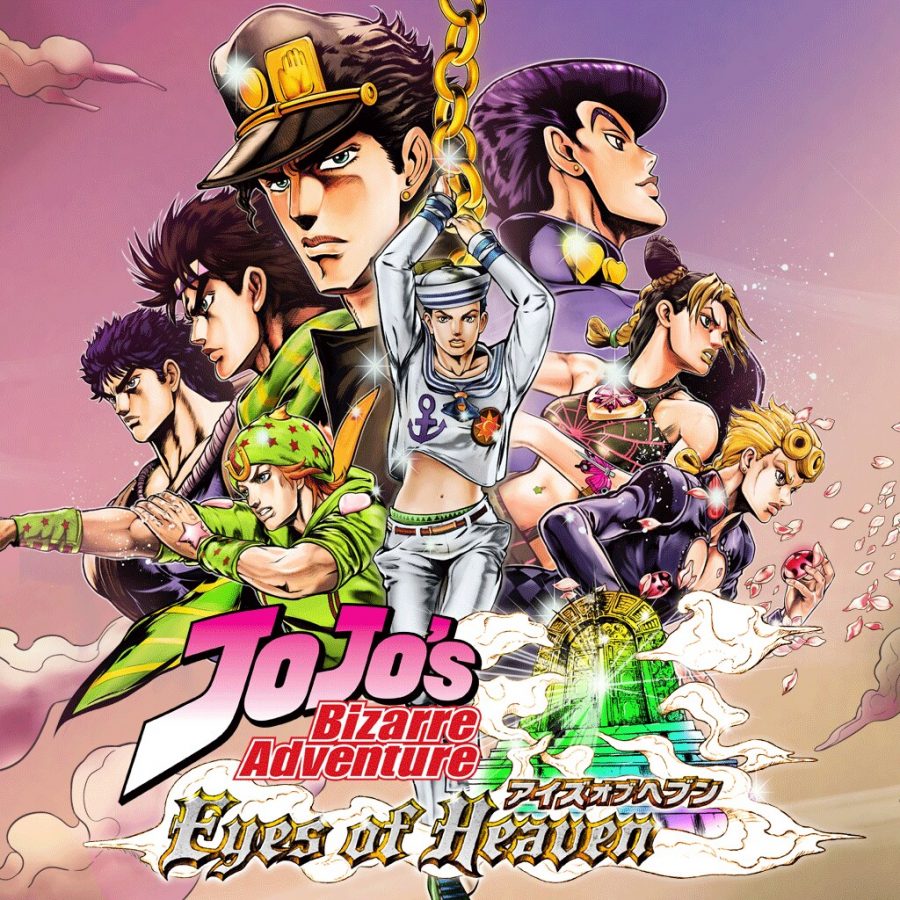 photo via wikipedia under the creative commons license

This is a poster for the Jojo fighting game. It depicts every main character from all 8 parts of the manga

Jojo’s Bizarre Adventure is a very well-known anime. With the newest part getting an anime adaptation, I believe it’s only right I introduce you.
About the show
Jojo’s Bizarre Adventure follows the adventures of the Joestar family and their various offspring in their fight against evil. I will only go over the 5 parts that were adapted into anime. The other 3 parts are still manga only with part 6 announced only recently. It’s called Jojo’s Bizarre Adventure because every main protagonist has 2 names starting with “Jo”. The exceptions are part 4’s Josuke Higashikata and part 5’s Giorno Giovanna. Part 1 of Jojo is Phantom Blood, which follows Jonathan Joestar in his fight against his evil step-brother, Dio, who is a vampire. The next part, part 2 Battle Tendency is about Joseph Joestar, who goes around the world to fight vampires trying to take over the world.

Part 3, Stardust Crusaders, follows Jotaro Kujo and his gang as they try to get to Egypt to fight a revived Dio. Part 4, Diamond is Unbreakable, follows Josuke Higashikata as he tries to find a serial killer. For the most recent Part 5, Golden Wind is about Giorno Giovanna and his quest to become the leader of a gang to solve injustices. Part 6 which will be adapted to anime soon is named Stone Ocean and will star Jolyne Cujoh, the daughter of Jotaro from part 3.
Review
Jojo has seen a massive shift over the years, so all of the parts are very different. The first 2 Joestars, Jonathan and Joseph, fought with a special fighting technique called Hamon or Ripple. This fighting style channels the power of the sun into their attacks. But that’s thrown out the window in part 3, which introduces the series’s most iconic part, Stands. Stands, in their words, are the physical manifestation of the fighting spirit and can do all sorts of things. At first, the stands were named after Tarot Cards, but then they eventually switched to being named after music references.

One of the most fun parts about Jojo is watching to see when the localization team had to change names to avoid copyright. Besides that, the over-the-top fighting is what draws most people in. A lot of it is just punching, but some stands can do really unique things. I can’t wait to see what they will do in Stone Ocean. Sadly a release date hasn’t been released yet. Another amazing part about the show is the music. Not all of them are winners in my eyes, but some of them are tunes that I now listen to regularly. I give this series a 10/10, and highly recommend people check it out. It is a classic.