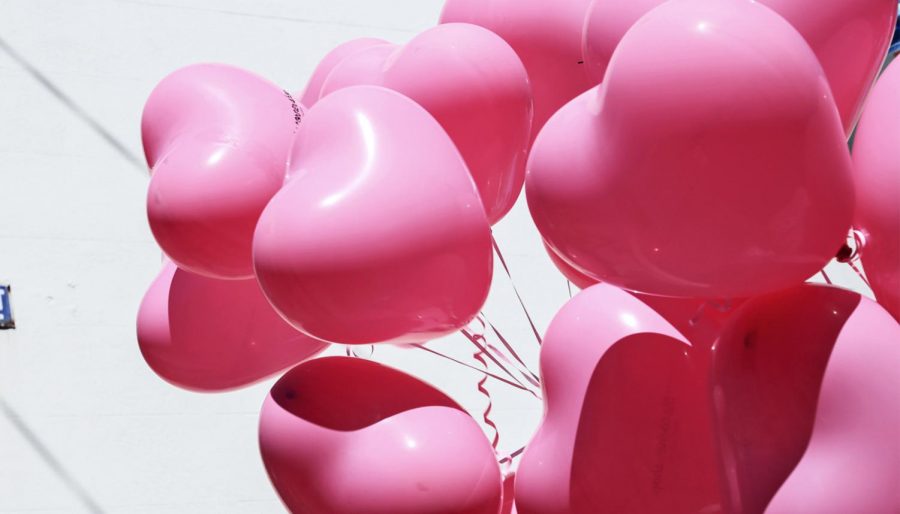 One of the most popular movie genres by box office revenue, the following romantic comedies are a must-watch. With big name stars and perfect plots, these movies won't disappoint.

Romantic comedies: perhaps the most controversial movie genre. Either endearing or cheesy to an audience, there’s rarely an in-between. Here are the top five picks for those interested in classic romantic comedies.
10 Things I Hate About You (1999)
By far the best movie on this list, 10 Things I Hate About You stars the late Heath Ledger and Julia Stiles. It’s a more modern take on Shakespeare’s “The Taming of the Shrew.” It centers around Bianca Stratford (Larisa Oleynik) who’s very popular and wants to date senior Joey Donner (Andrew Keegan). However, Bianca can’t due to a house rule that claims she can’t date until her older sister does. In turn, strings are pulled so Patrick Verona (Heath Ledger) can ask out Bianca’s sister, played by Stiles. It may come as no surprise that Ledger and Stiles’ characters actually fall in love, but to watch their relationship slowly develop is what makes this movie a favorite. Of course, there are jokes told and funny incidents that take place, but watching how much the two main characters care about each other is heart-warming.
Clueless (1995)
Another favorite is Clueless which stars Alicia Silverstone, Brittany Murphy, and Paul Rudd. It follows the lavish lifestyle of the wealthy and popular Cher Horowitz. This movie is quite the rollercoaster that you’d have to just see for yourself. But, overall it’s a good watch. Cher’s character development is both interesting and satisfying to see. This makes the audience want her to have a happy ending, although at one point things don’t look too well for her.

A noteworthy aspect of this movie is definitely the wardrobe. The outfits are iconic, especially Cher’s yellow school girl ensemble. Mona May was responsible for the costumes in the movie. She was given a budget of $200,000 for the costumes. With such a small budget, she did a fantastic job, creating some of the most chic looks of the 90s that are still popular today.
Sixteen Candles (1984)
A little bit older but nonetheless a classic is Sixteen Candles. It follows Sam Baker (Molly Ringwald) on the day of her 16th birthday that her family completely forgets about and the days after. Throughout the movie, Sam pines after popular senior Jake Ryan (Michael Schoeffling) who, unaware to her, likes her back. Conflicts prevent the two from meeting, but eventually, they make things work after a wild ride of a movie. This movie especially has the perfect ratio of jokes and comedy to romance, with the help of Anthony Michael Hall. It’s a top movie by film director John Hughes.
She’s All That (1999)
Not a favorite but still a good movie is She’s All That. It focuses on popular football player Zach Siler (Freddie Prinze Jr.) who’s girlfriend recently breaks up with him. His popularity quickly declines, so he makes a bet that he can turn Laney Boggs (Rachael Leigh Cook) into prom queen. It’s important to note that Laney is an artist, and is seen as “nerdy” and an “outcast” by her classmates. This makes things harder for Zach. Similar to that of 10 Things I Hate About You, Laney and Zach eventually fall in love in the same slow-burn way.
The Princess Diaries (2001)(2004)
I couldn’t pick between The Princess Diaries or The Princess Diaries 2: Royal Engagement, so why not include them together? These romantic comedies are both so endearing, as they follow the life of Mia Thermopolis (Anne Hathaway) after she finds out she’s the princess of a small European country called Genovia. In the first movie, Mia is blindsided by sudden popularity at school after finding out she’s royal. This leads her to date Josh Bryant, but after he pranks Mia, she realizes that her childhood crush was for her all along.

In the second installment of the franchise, Mia learns she’s next in line to become queen. She flies to Genovia and according to the law must find a husband first. Mia previously broke up with her love interest from the first movie and eventually falls in love with Nicholas Devereaux, played by Chris Pine.