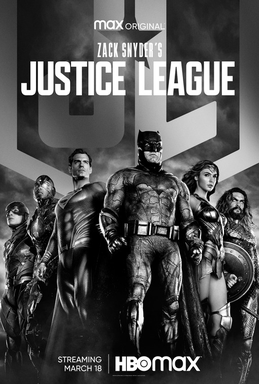 Zack Snyder's Justice League released on HBO Max on March 18th. It's proved to be a success for streaming and the DC Universe.

Critics and comic book fans have a lot to say about Zack Snyder’s Justice League. The 4-hour director’s cut HBO Max hit released a little over a month ago, and audiences can’t stop talking about it.

The Snyder Cut was an initiative made five years ago to support Zack Snyder in making the film of his dreams. The theatrical cut of Justice League came out in 2017 and critics were not pleased with its outcome.

Snyder had to step down as director because his daughter committed suicide, therefore Warner Bros. hired Joss Whedon to take over the film. Whedon changed the scope of the entire film and it ended up being a mess.
Entirely New Film
The wait is finally over and we got a better version of the film. I wouldn’t even consider The Snyder Cut a director’s cut. This is a whole new movie. Although the plot of the film is the same, its direction and writing are completely different. This rendition of the film seems more developed given its four-hour length.

I love Zack Snyder’s Justice League because of its great writing. You sympathize with characters like Batman and Cyborg as the story progresses. The film’s dialogue is intense, and this can be seen through Ben Affleck’s portrayal as Batman.

The world-building is incredible. I was happy with Darkseid’s role in the film. The film also had well-choreographed fight scenes that kept you feeling excited. The Snyder Cut has many memorable shots that looked like they were taken straight out of a comic book.

Although ZSJL is four hours long, the pacing works really well. Snyder was able to develop characters we weren’t fond of and make those same heroes the heart and soul of the film.

Zack Snyder’s Justice League is only available in a 4:3 aspect ratio. It was such a unique way to screen a superhero film, but it worked. The ratio provided viewers with a better experience as the special effects were much clearer than the original.

Henry Cavill’s Superman may be the best iteration of Superman we’ve ever seen. Snyder puts so much detail into his film that really pays off in the end. The subtly ties in with its overall story and the way shots are filmed.
Characters
Characters like Flash, Cyborg, and Superman felt like they had more of a purpose. I was happy with Henry Cavil’s performance as Superman and his importance to the team. Additionally, Cyborg’s origins quite emotional and served as a great way to introduce the character.

The epilogue also caught me by surprise. Jared Leto returned as Joker in the most sinister way possible. The epilogue teases a greater threat to Batman and humankind, and the dialogue exchanged between Batman and Joker is insane. I liked Snyder’s direction of the character, and I’d like to see Leto return in a future movie.

Snyder’s vision of Steppenwolf felt much more impactful, and he didn’t seem like a bland villain at all. Throughout the film, viewers will get to see his true purpose as an antagonist. His alliance with Darkseid truly keeps you in suspense.