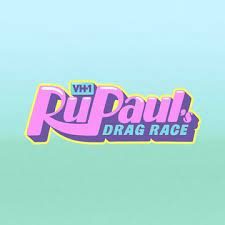 Photo from Wikimedia Commons under the Creative Commons License.

Season 13 showed everyone at home and the queens on the show that production could still occur during the pandemic.

It is impossible to not find RuPaul’s Drag Race to be an entertaining and dramatic show.  Even with covid concerns, the program kept all participants safe and glamorous at the same time.

The new and just recently ended season showcased very prominent drag queens that didn’t disappoint. Although there weren’t many guest judges for safety precautions, the latest season was impactful and simply fun to watch. Though there’s controversy over who should’ve won at the end of the season. That said, I will not spoil this article for those who haven’t watched it yet.
Safety Measures
In the second to last episode of the season, right before the finale, they went over the procedures. Participants and RuPaul himself described how it felt and what changes they made to ensure their safety. Taking multiple covid tests after almost each episode was being filmed, they went to take them and continue filming. The workroom was also expanded for social distancing. If you don’t already know, the workroom is used by the queens while they get into drag. They also limited any new guest judges brought into the show. Before the pandemic, there’d usually be a new one on almost every episode. To limit anything from entering the facility, they stuck to the usual judges for the season, with an exception to one or two people who’ve come in the season briefly.

Even the crew who works behind the scenes to make the show happen took extra steps in making sure they were safe. Having multiple face coverings, most only having two on at the same time while recording. Doing all this, however, provided some feedback in the episode explaining this from the queen’s perspective. One said it was weird to see the camera crew with all those face coverings, just because of not seeing their full face and expressions. Others have said refreshing it was to finally hug the other queens and socialize without the barrier of masks or fear of covid. The queens didn’t have to wear on unless they went outside, besides that they could do so on set. When offset, they’d be in separate hotel rooms to stay socially distanced.
Fashion Do’s and Don’ts
Now, as stated before, there won’t be any spoilers on who won or anyone being eliminated from the show. That said, this season had some show-stopping looks, but it also had some fashion fails. One queen who had many spotlights during the season, named Symone, had raised the bar time and time again. One example was when she used a long durag that matched with a turquoise dress she wore down the runway, in an elegant showcase instead of using a wig. The looks that were not so great were the alien look by Kandy Muse, which was just a screaming costume. The judges said it was the opposite to that, which really made no sense to me, but she’s still a powerful queen either way.