Giants steal Azeez Ojulari in the 2nd round 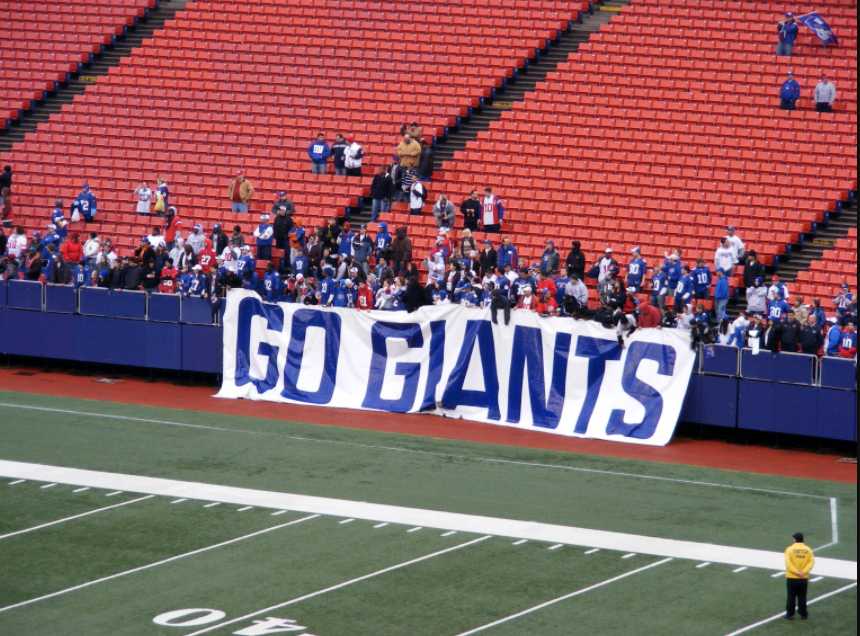 photo via wikimedia commons under the creative commons license

In the 2nd round of the 2021 NFL draft the Giants were able to steal Azeez Ojulari. Giants fans should be excited to add him to their defense.

With the 50th pick in the 2021 NFL draft, the New York steal Azeez Ojulari in the 2nd round.
Profile
Azeez Ojulari is a 6 foot 2, 249 pound linebacker from the University of Georgia. He will be reuniting with his former teammate, offensive lineman Andrew Thomas. When asked about Ojulari he said “We got a great player, he works hard. I’m excited.” In his 3 years at Georgia Ojulari had 68 total tackles and 18.5 tackles for loss. Also, in 2020 he was 2nd in the SEC in tackles for loss and 1st in the SEC and 3rd in the entire NCAA in sacks. lastly it should be noted he made the all SEC 2nd team in 2020.

All the major draft sites were high on Ojulari. The draft network ranked him 20th and CBS had him ranked 18th. Lastly, Dan Jermiah from NFL.com ranked him 29th. Clearly, he is seen as a first round prospect. He was given a relative athletic score of 8.17. The highest you can get is 10.00. Also, he was given a prospect grade of 6.39. The highest prospect grade you can get is an 8. His score means that he will likely be a starting level player within his first two years in the league. In addition, it should be said he will be able to quickly fill in one of the Giants biggest holes.
Strengths and weaknesses
Ojulari’s biggest strength is his upper body strength. His upper body strength will allow him to power through even the best offensive lineman. He has some good of the field traits as well. As stated before his former teammate Andrew Thomas praises his work ethic. He was also named a team captain as a freshman. This was the first time Georgia coach Kirby Smart gave the captain label to a freshman. Without a doubt, this shows how much his coach respected him as a leader.

A weakness of Ojulari is his natural build. His height and his weight are both below average relatively speaking. This could limit his upside. Another weakness he has is his legs. Most of his strength is in his upper body. He only has a vertical of 30 inches. Along with that he can sometimes struggle with moving to his left and his right. He was able to make up for it with pure speed in college but in the NFL teams may be able to take advantage of this weakness. In a game that is requiring more and more versatility from defenders this is by far his most glaring weakness.
Prediction
I believe Ojulari will be a productive player from the jump for the New York Giants. I believe once he reaches his prime he could consistently be in the conversation for pro bowl. Giants defense was already really good, ranking 9th in the league last year. However, by adding Ojulari they could make that top ten defense even better and keep themselves in the top ten for a long time. I wish Ojulari and the rest of the Giants draft picks long and successful careers.