It’s Greek to me: sharing the best Mediterranean dishes 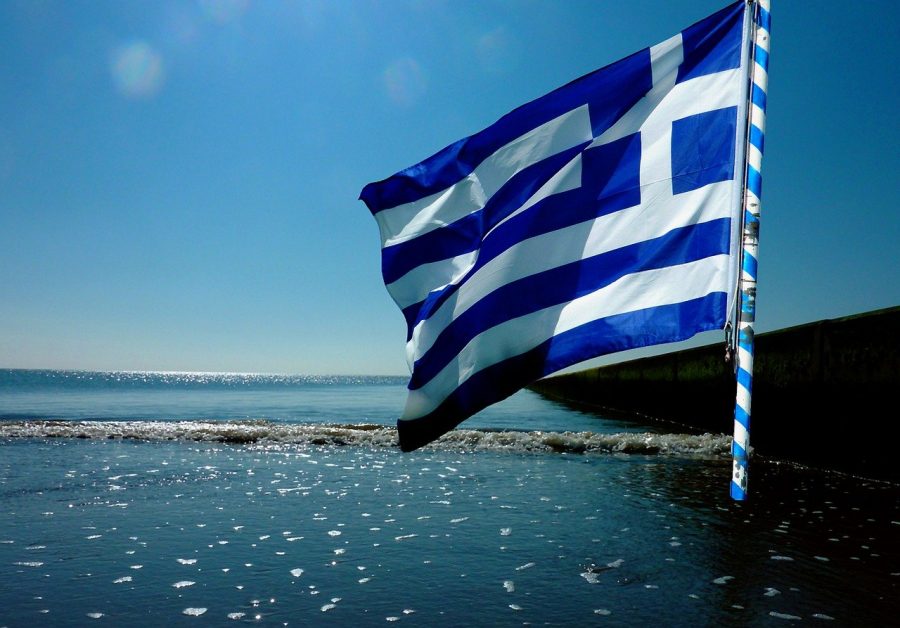 In existence for thousands of years, Greece is home to some of the best landscapes, architecture, and food. It offers a rich, diverse culture unlike anywhere else.

Greek culture, profound in all facets from architecture to the government to art and theatre. But arguably one of the best things that the Greeks have given us is food.

I grew up in a predominantly Greek family and my heritage had and has a major influence on my household. As a child, I was surrounded by the various foods and pastries that my γιαγιά (grandma) made for my sister and me. Here’s a guide to the most delicious Greek food, that’s been favorites of my family for generations.
Greek entrees
Gyros are a classic meal that is beloved by my family and many who aren’t even Greek. Basically, they consist of meat, lettuce, onions, tzatziki sauce, and tomatoes wrapped in a warm slice of pita bread. Many places offer the option of either grilled chicken or lamb. While the word tzatziki can look a bit intimidating, its meaning is simple. It’s a sauce made with plain Greek yogurt and cucumbers. While it’s amazing on gyros, tzatziki can be eaten with almost anything: slices of pita bread, crackers, as a dipping sauce, etc.

Another dish that is delicious is souvlakia. It’s perfect for those who want the same general tastes that come in gyros but without the messiness of a sandwich. A big plate will be brought out to you when ordering souvlakia. On the plate will be the same contents of a gyro, just unassembled. This allows you to eat it however you want: with a knife and fork or in a sandwich.
More entrees
Some people are a bit pickier when it comes to trying new foods. Pastitsio is perfect for those that don’t like to go out of their comfort zones. It’s very similar to Italian lasagna. Long noodles are used rather than “sheets” of pasta. In the layers of the dish, there’s also chopped meat and a creamy bechamel sauce. The sauce is made with butter, milk, and flour. It’s the top layer of the dish and browned in the oven.

Similar to pastitsio is moussaka. This dish was brought up quite a lot in the movie My Big Fat Greek Wedding as “moose-caca.” Despite the awkward name, it’s delicious. It’s still similar to lasagna. There’s a layer of minced eggplant rather than pasta. The other layers that are in pastitsio are still all there: ground meat, bechamel sauce, and all. Normally the pieces of pastitsio and moussaka served are very big in size. They are also very filling due to the bechamel sauce so one serving could definitely feed at least two people.
Greek appetizers
Greek snacks and appetizers can be just as delicious as full meals. Saganaki is a must in almost every Greek restaurant. It’s not a personal favorite but many seem to love the taste and the theatrics of ordering it. It consists of a slice of kefalograviera cheese that’s first fried. The cheese soaks in either Metaxa or Ouzo, which are both Greek liquors. Then it’s set on fire to cook. In Greece, this dish is flambé and not set entirely on fire. But setting it on fire is most common in the states. When ordered at a restaurant, a server will approach you with a small cast iron pan that will be flaming from all sides. All that’s left is the cheese which has a crunchy outside from the flames and a soft center.

Perhaps the best Greek appetizer/snack is a pastry called tiropita. It’s feta cheese that’s baked in phyllo dough into small portions. Some prefer a spinach center rather than feta. In this case, it becomes spanakopita. Both are so delicious, especially when fresh out of the oven. Another Greek pastry that’s similar to tiropita is bougatsa. It’s a custard that’s baked into phyllo dough as well. It’s topped with powdered sugar. This pastry is more sweet than savory but still delicious. It’s most commonly eaten for breakfast.
Where to eat
After hearing about these dishes you may be wondering where you can go to eat them. There are so many places in New York and New Jersey to get Greek food. However, not all of them are the same and some are simply better than others. A favorite of my family is Pithari Taverna in Highland Park, New Jersey. The food is delicious and the interior of the restaurant makes it feel like you’re in a small cafe in Greece. Another restaurant that has good food is It’s Greek to Me in Holmdel, New Jersey. The only downfall to that place is that it’s a bit expensive. The last place that’s a bit farther but worth the commute is Zorbas in Astoria, New York. Astoria used to have a big Greek community, so there are many good restaurants in the area.