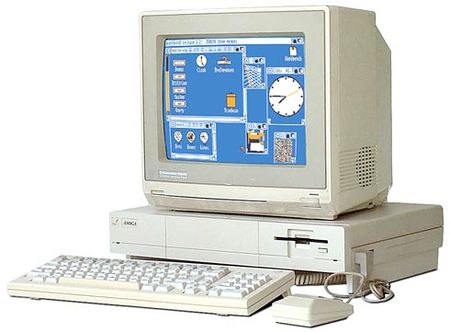 The definition of emulation is "reproduction of the function or action of a different computer, software system."

Emulation is when you play a game on your computer via download. It is popular for people who want to play older video games, but don’t want to spend the money on hardware. It can be hard to get into, but I am here to show you how.

The first thing you need to do before anything is deciding on a game you want to play. There may not be a ROM of your game if it is fairly new, but I say that it has a good chance of existing if it is from the time of the Nintendo Wii.

The next thing you need to do is find the ROM of your game. A ROM is essentially a download that contains your game. Once you have found a reliable ROM, you next need an emulator to play your game on. Not all Emulators work with every game. Some are fitted for 8 and 16-Bit games, while others are for more defined graphics. Whatever the case, once you find a good emulator you usually need to download it.

It will usually say what software the emulator is compatible with, such as Windows. There are also emulators that are just websites, but they are rare and usually only run games from the late 80s early 90s. After that, just follow the instructions on your emulator for how to play the game and you are all set. You can even plug in controllers with USB plugs and play games with them.

While I said all of that stuff on how the process works, finding all of that stuff can be a challenge. I however can recommend a lot of things for beginners. One website that I HIGHLY recommend when beginning is https://vimm.net/ . Note that this will only really work for retro games. This website has everything you need to play pretty much any retro game that you could want. Their vault contains every game for every console on the website that was released in the US, and there are 16 consoles in total there. They have everything from Super Mario Bros. on the NES, to Final  Fantasy VII on the PlayStation, to even Wii Sports. They also have a bunch of emulators on standby for every console as well, but they all require a download so it might not work for everyone. I use this website a lot to play the old Fire Emblem games.

But if you can’t download an emulator, the website I recommend is called https://matthewbauer.us/gametime-player/ . This website is great for playing games SNES and later, due to it being not as capable because it is just a website. The sound is a little choppy, and the buttons are all over the place, but it works fine and is good if it is your only option.

So if you don’t want to pay thousands of dollars for 30-year-old consoles and games but still want to enjoy the experience, I recommend emulation.