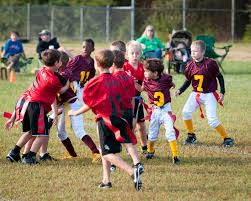 American football has shown to be a brutal physical sport that left many teenagers and adults injured. This sport is a danger of permanent injuries both physically and mentally. Adults and teenagers aren’t the only age group that gets injured in football but kids also.
Danger of American Football For Kids
The Journal of Athletic Training reported that an estimated 28 percent of the 5.5 million youth football players between the ages of 5 and 14 are injured each year. About 200,000 of these kids are injured are required to hospital care. This sport has always proven to be a dangerous sport for older players. This dangerous sport shouldn’t be this brutal for children. Most injuries are solely caused during games when the players receive harsh tackles from the opposite team. Contact and collision is the number one thing that causes children to be sent to the hospital for immediate treatment.

Although Pop Warner, the largest national youth football league, has eliminated kickoffs for the youngest players and limited contact practice time this isn’t going to do anything. This action isn’t going to stop injuries during games. These changes don’t stop football from being an alarming sport. For football to be safe for children, tackling needs to be banished from the youth sport. Though, if this would occur the game of football would be weirdly different and abnormal. Age restriction should be required for football and should be based on the age group that understand the consequences. Elementary and middle school is too young of a grade level for kids to practice and participate in a dangerous sport. Studies have shown that adults that played tackle football as children were more likely to deal with emotional and cognitive challenges in later life.

Sports can help children learn a lot of important lessons and help them make a lot of great friends. However, is it worth the health toll that football comes with? A lot of other sports can accomplish the same goal with way less of an injury risk on a child’s brain.