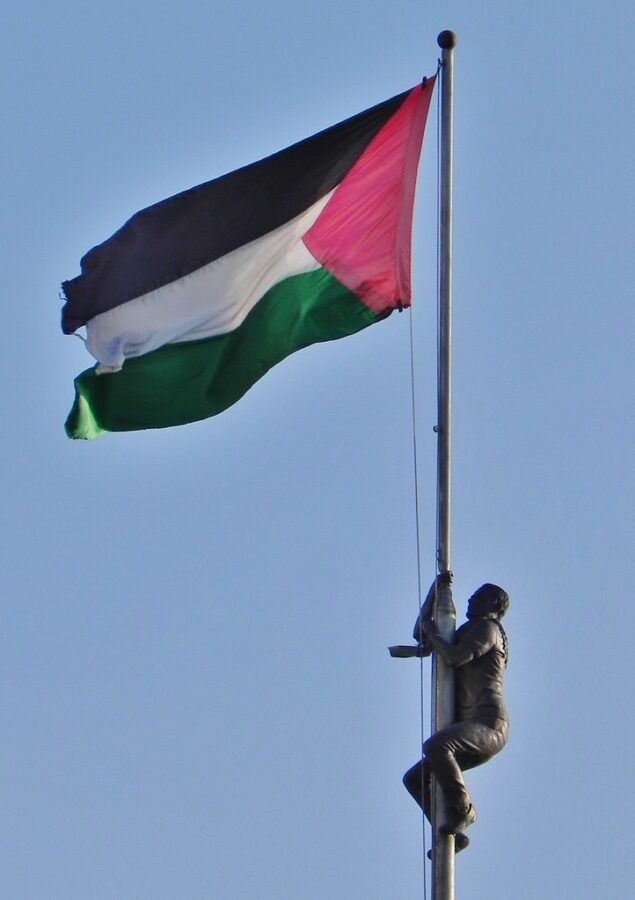 The cccupation of Palestine has been occurring since 1948, and recent events prove it needs to be stopped now

Over the past few weeks, tensions and conflict have grown in the Middle East. This metaphorically and literally caused explosions throughout Israeli and Palestinian territories in the Middle East.
Timeline of Events
Following the expulsion and apartheid of residents in the village known as Sheikh Jarrah, fighting had broken out in the midst of the holy month of Ramadan. This is the deadliest violence in years between these two sides. As hundreds of people have been dying, the only humane decision is to call for a ceasefire and a temporary peace placement. This also gives insight on the perspectives of both sides. Israel’s illegal displacement and the rebuttals of Hamas, need to be put to rest.
Global Reaction
Concerns on a mix up of holidays and holy days rose between Israeli officials. Israel officials raided the holy mosque where Muslims had been praying, according to multiple Sheikhs. This then, was the turning point where all things had boiled down and conflict would begin to break loose. Hamas and Israel would begin their most violent conflict in over a decade. Following the  tension, the invasion by Israel Defense Forces (IDF) forces into the ancient village of Sheikh Jarrah, which is located just a little west of Jerusalem, the world was put on notice. Social media was taken by storm with the attempted eviction of Palestinian citizens living in Sheikh Jarrah.

The reaction from the Palestinian people, along with their support globally from many people, was to say the least incredible. Israel, has good relations and is an ally of many superpower countries. This allows them to feel their weight bear over the Palestinian people. The disposition of the Palestinian citizens and the attempted eviction is an international crime, and simply inhumane. Yet, many still continue to support them, in defense of their moral and political beliefs. This includes our president, who stated that Israel has the right to “defend themselves.”
Gaza
Another factor that has caused a worldwide debate and uproar regarding the conflict withing Palestinian land, is the bombing of Gaza. This is the main point for violence within the country. Within Gaza, is the headquarters of the only type of defense Palestine has, which is known as Hamas. Gaza is one of the highest densely populated areas in the world, There is an estimated 2,000,000 people living in this are, the same population as Woodbridge Township.

According to reuters.com, within the first week of conflict, an estimated 145 Palestinian citizens were killed in Gaza, including 41 children. If you would like to read that again, do so. 41 children. In no case or conflict ever, should children be placed in the line of crossfire. An important area located inside Gaza, is the media building owned by the news network Al-Jazeera. This is where information is passed in and out of Gaza about recent events.

Palestine and Israel is a sensitive debate and topic, that can become hot for many people. As a Palestinian, I reserve the right to fight for the freedom of my country and support my people.  Against the apartheid and disposition of innocent citizens, is something I will always fight for.