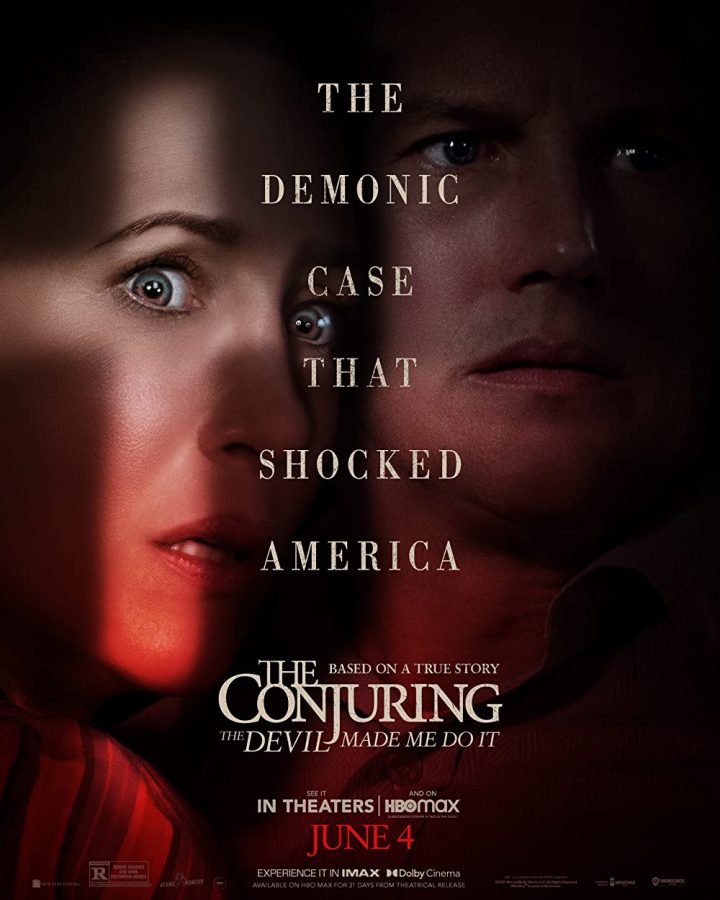 The Conjuring 3 is the 3rd installment of the horror series.

The Conjuring 3, the Devil Made Me Do it is a 2021 American supernatural horror film directed by Michael Chaves, with a screenplay by David Leslie Johnson-McGoldrick from a story by Johnson-McGoldrick and James Wan. The film serves as a sequel to The Conjuring and The Conjuring 2, and as the eighth installment in the Conjuring Universe. The movie entered production on June 3, 2019, with filming taking place in Atlanta, Georgia  on August 15, 2019 This thriller movie came to theatres on June 4, 2021 and is based on the trial of Arne Cheyenne Johnson, a murder trial that took place in 1981 Connecticut.
What the movie is about
In the conjuring 3, the movie takes place as a continuation to the series. The first two were about two different “demons”, so watching The Conjuring 3 you would assume it’s about a third . In the movie the demon is “occultist”, she was a satanist or also could be a witch that controlled totems. Within these totems was a curse. For this curse to be lifted and enforced in her favor she needed 3 souls. Possessing Ed, Arnie, and Jessica. To lift this curse they needed to find where the initial place that the curse was cast. This place was in underground tunnels under the house of the witch’s father. In the end, while possessed Ed was trying to kill his wife Loraine she said “Remember me.”, and instead of hitting her he hit the table and the curse was cast and lifted it.
Movie sales
As of June 10 the Conjuring 3 has made over $33.8 million in the United States and Canada.  $33.8 million in other territories, for a worldwide total of $67.6 million. The film was released alongside the Spirit Untamed and was projected to gross $15–20 million from 3,100 theaters in its opening weekend. The film made $9.8 million on its first day, increasing estimates to $25–27 million. It ended up debuting to $24 million, the second-lowest of the Conjuring Universe. But still, marking the third-best opening of the pandemic and topped the box office.
My critique
I’m a huge admirer of the Conjuring franchise, the casting directors performed a wonderful job. Patrick Wilson’s performance in the previous few movies was incredible, he did just as well here. Each character appeared tailor-made for the person who was playing it. When watching The Conjuring, you have quite a decent concept of what you’re going to receive. It was skillfully created, the jump scares were unexpected and the story line was plausible. One thing I appreciate is that the music is well arranged. Essentially if you are someone who enjoys horror, this will provide you with all you require. It has all the key elements to an intriguing plot.

In conclusion the movie, The Conjuring 3, the Devil Made Me Do it may have some critiques but overall is one of the top thriller movies to come out in the year 2021.