Chess is shown to be a strategic sport 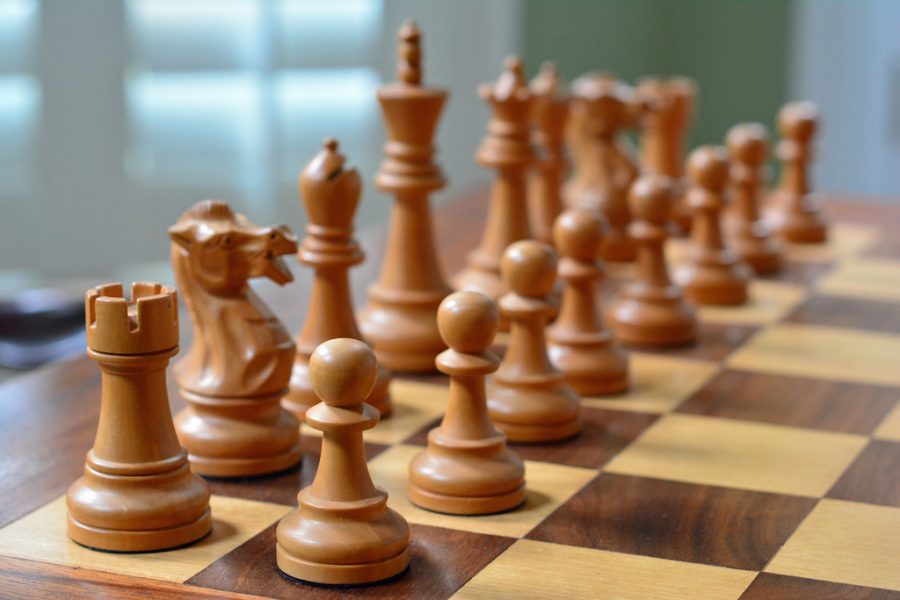 Photo by Peter Miller under the Creative Commons License.

They fill an eight by eight checkerboard with sixteen pieces on both sides of the board, one side being white and the other being black.

With high school having a vast variety of sports, a pleasant addition to the options a student can choose from would be chess, a very classic and thought filled game.

There are plenty of sports that are popular among teenagers in high school. There are few sports popular for both spectators and athletes alike. Those sports include basketball, football, and soccer. There are other sports that are just as valuable, but all have one thing in common. They’re physically challenging to anyone, and help to stay active. However, sometimes students can’t or don’t want to do sports that require that much exercise.

With that in mind, there are other activities that students can do when considering doing sports. Some options known to be less physically challenging are bowling and tennis. However, there’s another option that doesn’t so much test the body, but more so on the mind. The game of chess has been a mind-breaking game for centuries and is still very much popular today. It’s still so relevant that ESPN covers games against top ranked players across the globe.
The clash between players
There are plenty of plays a person could make at the beginning of a chess game. Then, depending how the opposing player acts, the game develops on these two personalities clashing. As the two players take one another’s pieces and struggle with what they have, that’s when the pressure is developing in the back of their head. A pressure that makes the game as interesting as it is.

As a player may feel cornered in a game as to not knowing which move to be safer to make, it shows what they’d value in the struggle. The question would be what pieces to value as this moment occurs, like whether they should use the pawn or knight if the odds of them being taken were nearly one hundred percent. Then the even more edge-of-the-seat moment would be a comeback from that pressure, therefore turning it around to the other player. A power struggle of sacrifices while also keeping your king safe, whoever does it better in the end will eventually win.
Negative connotations among teens
Some view chess as a ‘nerd’ game, to which they automatically never play the game with that thought in mind. Others don’t, however, and enjoy the game with friends after school. That said, chess can function as a more mental sport than physical to those who prefer not to be so worked out, or even for those who have medical conditions that can’t be physically active. However, it’s safe to assume that as this sport were to circulate around a high school and gain interest and popularity, that will be an unnecessary worry to have.