Watch out because the boys are back 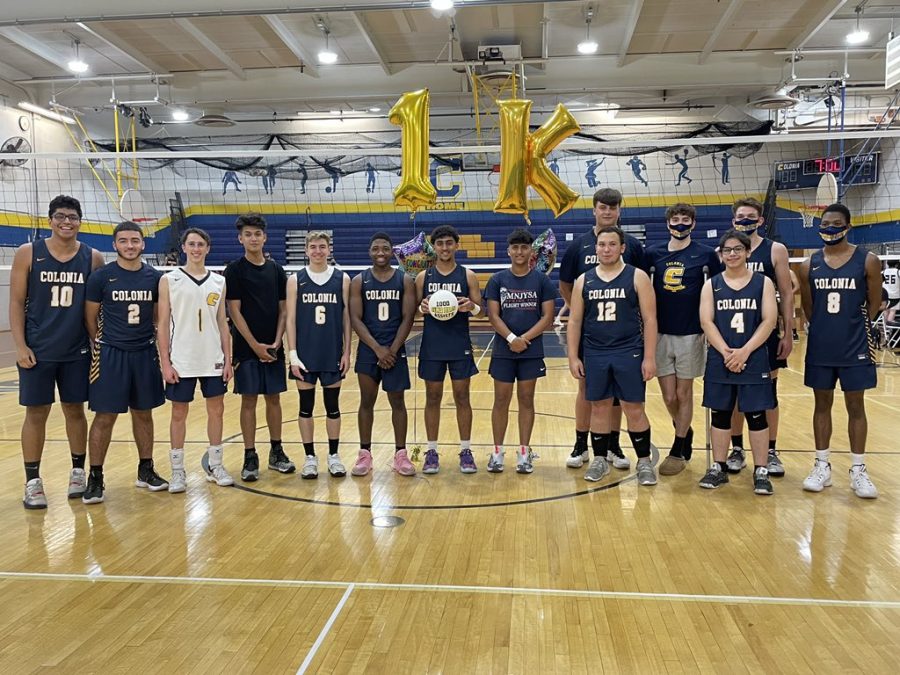 with permission from Blash

The boy’s volleyball team at Colonia High had an amazing season considering what they went through. Winning 14 games out of 24 in a tough GMC division.
No more delay
Every sport had to pretty much get held back last year because of Covid-19, which meant losing practices. Even after that, these boys still pulled through and had an amazing season. Micheal Mcsorely, player number 5 shares his thoughts on the season this year.

¨Overall it was a pretty solid season especially losing a year of experience from Covid last year. We still were third in a hard division and won 14 games which were pretty impressive for the program. Sadly all of our mini-tournament also known as quads got canceled by the governor at the start of the season. Butm I’m glad we didn’t have to wear masks while playing.¨ He states.
Enjoying the season
Even though it may have been hard to enjoy the season due to Covid-19, the boys made the best of it and did what they had to do. Jerry Charles, a junior on the Varsity team also speaks up on his favorite parts of the season.

¨My favorite part of the season was mostly everything, the games, practices, or warm-ups. The team always had great energy and we all got along. Last year was supposed to be my first varsity year but covid pushed that back. But this year coach gave me the chance and I did what I had to do. So to sum up the question, the whole season was my favorite part.¨ Charles shares.

Jerry Charles ended up with 145 kills this season. Not only did the boys have a great season they made history.

McSorley states that his favorite part of the season was, “beating St. Joes for the first time in school history in their own gym.¨
Some time things need to change
Unfortunately, Coach Biri will be stepping down and this was his last season. All of his players are going to miss him as their coach.  Michael Howell, number 7 on the volleyball team had some words about Biri leaving.

Howell says, ¨He taught me a lot about how to play. Hearing how about how good of a coach he was made me try out freshman year. Once I heard he was stepping down it honestly had me question if I still wanted to play. But I heard Blash would be the new I would be fine because I enjoyed playing for her my freshman year. Even if we weren’t on the court we would talk about the sport. Overall Coach Biri is definitely one of my role models not just in volleyball but in my life, which makes me happy to get to experience him as a coach.¨

As you can see he was a great coach and clearly was a role model to many. He will be missed and won’t be forgotten.