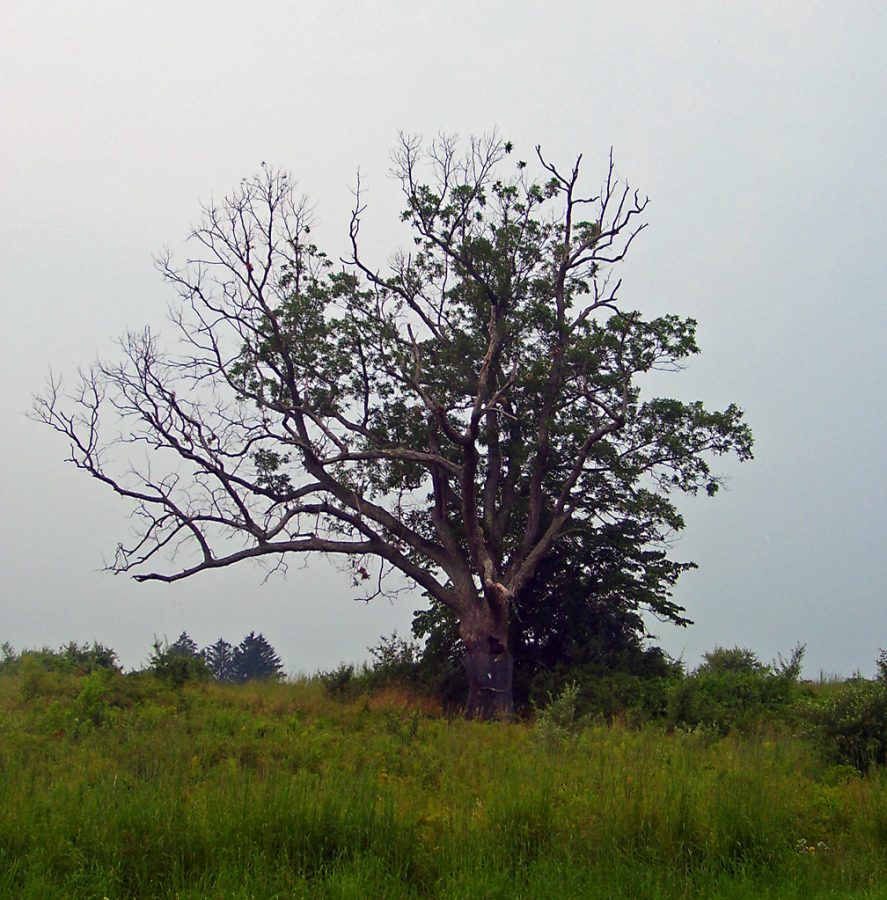 Touching the Devil’s Tree is supposed to give you bad luck from the spirits there.

Looking into the legend of the Devil’s Tree

One of New Jersey’s infamously haunted locations is located in Bernard’s Township. This singular tree, known as the Devil’s Tree is placed in a largely deserted field off of Mountain Road.

The Portal to Hell

Also known as the “portal to hell,” this location holds a lot of different legends and rumors told by locals. Some say that a farmer had killed his entire family and then went to this tree to hang himself. Others have made comments about there being many suicides and murders. It is said that the souls of the bodies who have died there haunt the tree, giving it an eerie environment. Even in the dead of winter, no snow will fall around it. One individual actually claims to have seen an 8 by 12-foot circle surrounding the tree with no snow falling within it.

A Junior at Colonia High School, Gwen Mirdala describes her father’s experience at the Devil’s Tree.

“This didn’t happen when I went, but when my dad was in high school, he went with a bunch of friends and a black pickup truck started chasing them but vanished right when they got to the main road. Many other people have said that has happened when they went to the tree as well,” she says.

Gwen Mirdala also mentions the other rumors of what is said to go on at this peculiar place. Some say that if you touch the bark of the tree, your hands will turn black, and anyone who tries to cut down the Devil’s tree will mysteriously die.

A teacher at Colonia High talks about his experience visiting the tree back in high school with some friends. Fortunately for him, he only viewed the Devil’s tree during the daytime. He vaguely recalled that soon after his one friend touched the tree at night, he got into a car accident. Luckily it wasn’t a major one and no individuals involved were harmed.

Mr. Cerchio states, ” I didn’t just go during the day because I was scared, I just wasn’t allowed to go out again at night and I wouldn’t have been afraid to touch the tree again in the dark.”

An ugly truth of the past

Bernards Township used to be one of the central headquarters of the Ku Klux Klan (KKK) in New Jersey. Because of the Devil’s Tree being in a secluded and rural atmosphere, it stands far from the eyes of the police as well. One of the tree branches, parallel to the ground is said to be the hanging branch. This is where lynching would take place. Lynching is a mob that would use the act of hanging to kill someone with or without a legal trial. In this case, the white supremacists that make up the KKK would take African Americans there to hang them. Because of this and the mix of other legends, the entire area is supposedly infused with spirits of the dead. They have stayed to curse anyone that visits.