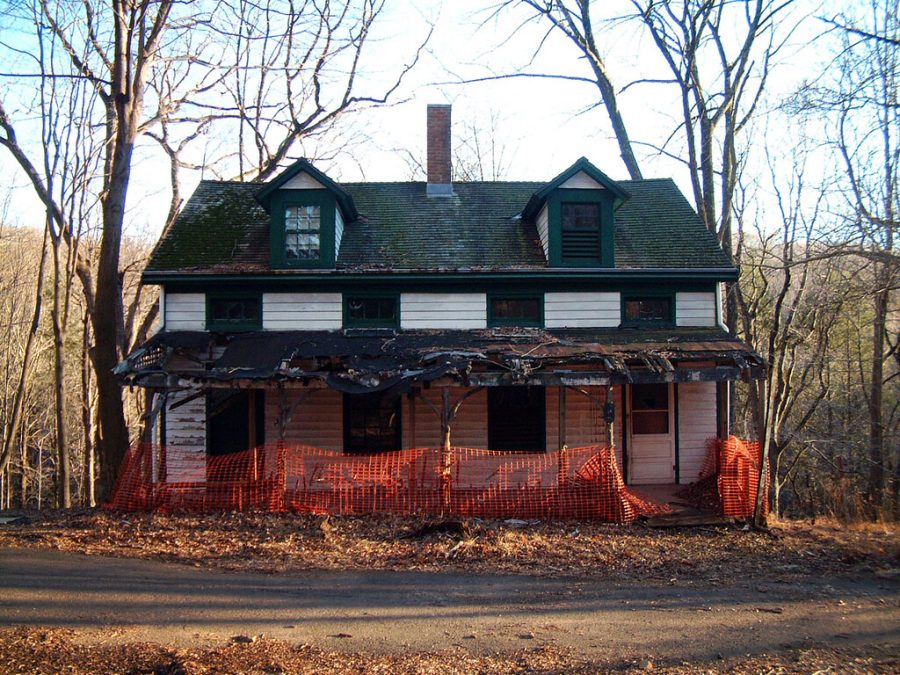 The mysterious history behind this village is strange. From never being able to stay fully occupied, to spirits haunting the area, Feltville is truly a New Jersey fascination.

The chilling tales of Feltville and its enchanted forest

Broken, empty, and abandoned. That’s what someone sees when walking through the Deserted Village and Enchanted Forest of the Watchung Reservation. The haunted, eerie stories about this village date back centuries.

The History of the Village

In 1736, Peter Willcocks was the first settler to inhabit the area. While he was there, he owned and worked at a sawmill. Over one hundred years later after Willcocks’ death, his descendants sold the land to David Felt, a businessman who just moved to New York City in 1825. He bought Willcocks’ land in 1844 and constructed a mill with a couple of homes for millworkers. He named his little town Feltville.

After fifteen years, Felt sold the land. In the years that followed, the businesses created by Felt were not enough to keep the community together. This is when Feltville officially became known as “The Deserted Village.”

13 years later, Warren Ackerman bought the deserted village in an attempt to create a summer resort he named Glenside Park. It was no surprise this business attempt failed as well, leaving the village once again abandoned.

Eventually, the Union Park Commission bought the village and made it a part of the Watchung Reservation.

Today, there are only three families permanently living in the village. The other empty buildings are open to visitors.

Throughout the decades, many spooky stories have been told about Feltville and its surrounding forest. The most popular one originated in 1912 with the disappearance of three sisters. One day, they decided to go camping in the woods, however they never returned. When locals went on a search to find the girls, all they were able to find were their bonnets. Due to this, almost half of the residents moved away out of fear, and those that stayed never went into the woods ever again.

These three sisters are known to haunt the particular home where they used to reside. There are also accounts that there is the spirit of a young girl who wanders the village, going from home to home, however it is unknown where this originates from.

In the forest, it is said that witch covens and occults perform rituals and activities there, and have been doing so for centuries. This is how the surrounding forest got the title “Enchanted Forest.”

Visiting Feltville and its surrounding forest is not for one with a weak heart. It is open to the public every day from dawn to dusk for those who are intrigued by this village and all its spooky legends.

Do you have the courage to venture out and encounter the unknown in the Deserted Village?