Behind the scenes of Get Out 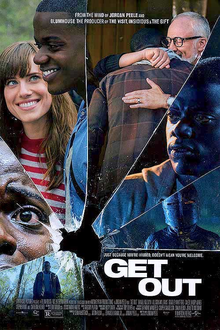 Get Out released in 2017. It also earned five nominations at the 23rd Critics' Choice Awards, two at the 75th Golden Globe Awards, and two at the 71st British Academy Film Awards

Tiffany Haddish turned down Jordan Peele’s offer to audition for Get Out because she’s not a fan of horror films.