Recalling six of the biggest pop culture moments of 2021 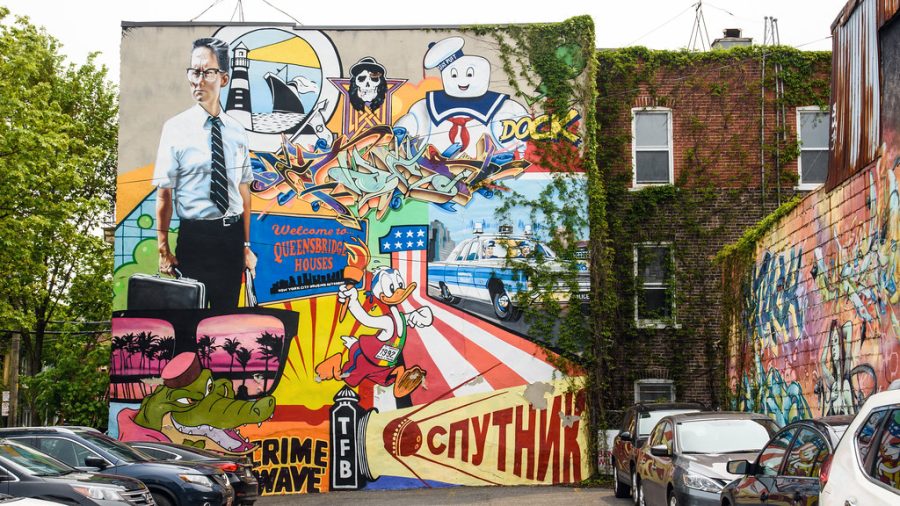 Pop culture is defined as a set of objects or trends that are popular in society at a certain time. This can be anything related to music, TV, movies, social justice, etc.

2021 was an eventful year full of many surprises. With so many pressing issues in our current world, social media has played a big role in entertaining everyone. With that said, here’s a recap of the biggest moments in pop culture of 2021.
WandaVision released on Disney+
According to Marvel’s official website, “WandaVision marks the first series from Marvel Studios streaming exclusively on Disney+.” WandaVision premiered on January 15, 2021. The miniseries starred actress Elizabeth Olsen as Wanda Maximoff and actor Paul Bettany as Vision. Marvel’s award-winning series earned 4.8 billion minutes-watched over its nine-episode run.
Olivia Rodrigo released Sour
Olivia Rodrigo, the 18-year-old singer and actress started her career on Disney’s series Bizaardvark. Her debut album, Sour released on May 21, accumulating over 5.5 billion streams. Sour was the most-streamed album of 2021 on Spotify. Rodrigo’s 11-track album surpassed the likes of Justin Beiber, Drake, and J. Balvin. In fact, Rodrigo’s album was the best-selling album of 2021. In total, she was able to sell over 76,000 vinyl copies in the United States.
Netflix released South Korean-hit Squid Game
Netflix globally released the hit drama Squid Game on September 17. The series was filmed in a South Korean city called Daejeon. Squid Game stars South Korean actress HoYeon Jung and actor Lee Jung-jae. Everyone was talking about the show because of its absurd plot. Overall, many can agree that its binge-worthiness and popularity on social media make it the perfect fit for the biggest pop culture moments of 2021.

Due to the success of Squid Game, many trends on platforms such as TikTok became popular in 2021. Some of Squid Game’s challenges like red light, green light and dalgona cookie have trended on social media.
Red Taylor’s version
Taylor Swift, 32, had a busy year in 2021. Red re-released on November 12, 2021. Red initially released in 2012. The album had 90.8 million streams on the day of release. She broke two of Spotify’s records on her release date. One being the most-streamed female album in a day and the other most-streamed female in a single day.

Not only did Taylor release an album, but she also released a 15-minute long short film on YouTube. The video was for her song All Too Well. The film starred 19-year-old actress Sadie Sink and 30-year-old actor Dylan O’Brien.
Keeping Up with the Kardashians ended after 20 seasons
The popular reality series starring the Kardashian family first aired on October 14, 2007. The show had 285 total episodes and lasted for 14 years. The family announced the ending of their show on September 8, 2020, via their Instagram accounts. This left their fans in complete shock. The series had over 1.9 million total viewers, which added to the shock of this news to their fans. The final episode aired on June 20, 2021.

Khloe Kardashian announced that her family would return in a new series. The Kardashians will release on Hulu soon.
#FreeBritney
The #FreeBritney movement started all the way back in 2008. It begun when Britney Spears’s father, Jamie Spears, declared a conservatorship for Britney.  This action was caused by her infamous breakdown that led to her being placed in rehab over 12 years ago.  In other words, Britney’s father had legal control over Britney. This control was decided by a judge who deemed her unfit to take care of herself or manage her finances.

Until recently, this conservatorship made Britney unable to fully control her own life or career. After many years in trials, Britney was granted freedom from her father and his conservatorship over her. Her formal release was on November 12, 2021 by Los Angeles Superior Court Judge Brenda Penny.

Because of Britney’s large fan base, many loyal fans tweeted #FreeBritney over half a million times. This was during just one of her testimonies alone to show their deep concern and dedication.
Pop culture in 2022
As 2022 starts to unfold, we can expect many more scandals, album releases, celebrity family drama and much more. Expect new movie and TV series to release, as they do every year, and many new albums are surely just around the corner. 2021, from social media’s perspective, has proved to us that anything can happen and that mindset will carry onto 2022 and all it will bring.