Even after a decade and then some, The Scorch Trials is still a “hot” read 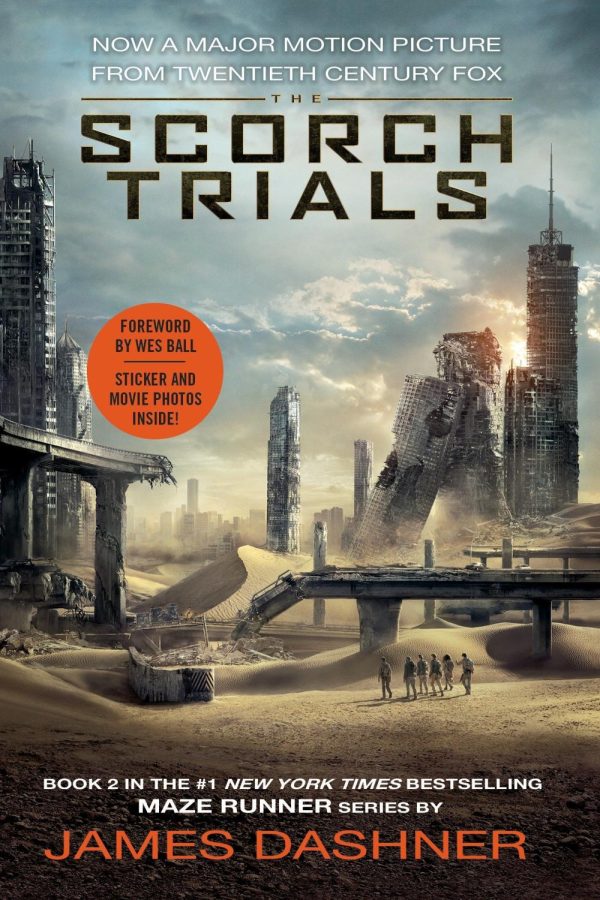 From Amazon under Creative Commons

The Scorch Trials is a novel by the novelist James Dashner, and is the second book in the Maze Runner series. Coming fresh off the climactic ending of the first novel, the story continues to follow Thomas. He is a kid wrapped into a grand experiment during a pandemic following a solar flare that has decimated the population. He and his group of all boys need to cross a stretch of land called the Scorch, a band of land that was decimated by the disease (which is appropriately called the Flare) and solar flare. They are tasked to clear this stretch of land in 3 days or they would be killed. However, an identical group of all girls is trying to do the same, and only one group can (apparently) live.
The Hot
General thoughts on the book are mostly positive. The story captures the reader and makes them feel like they are part of Thomas’s group as they share the pain and struggles. The city section of the story shows development from everyone and especially in the way Thomas shows up to his role as the most important variable in the big experiment.
The “not-so-hot”
Although the story as a whole is great, there are some negative aspects. The romantic sections of the book feel forced in a way, especially in a desperate survival situation. In most scenarios like this one would not be worried about finding love and relationships of that manner, thus the romance that Thomas gets thrown into feels forced. However, it does add to the action as it leads to internal conflict within Thomas.

Overall, the story does a good job at being a dystopian survival novel, but it is not without its flaws. It gets 8.5/10 for this.