Pink tax proves gender inequality in the US, across the globe 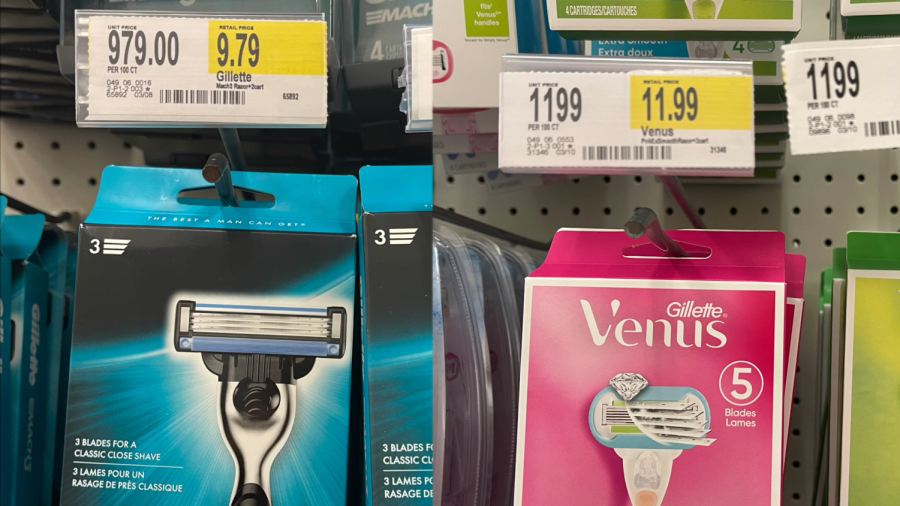 Higher prices are often found on products that are targeted toward women, and that are pink. Although New Jersey has passed a law banning the pink tax (Bill S2039), it can still be found in stores.

The pink tax has been an ongoing issue throughout the entire world and especially in the Land of the Free. Products marketed toward women are often priced higher than unisex products and those marketed to men. It’s insane to think that women need to pay more just because of their gender.
What is the Pink Tax?
The pink tax is the extra taxing that is done on products being sold or marketed toward women. It’s gender-based price discrimination that typically affects products that are pink, just as the name describes.

The pink tax dates back to 1994. California’s Assembly Office of Research discovered that 64% of stores in five major cities were charging more to wash and dry clean women’s blouses than they were for men’s button-ups.
How the Pink Tax Affects Women
The discriminatory practice of pricing up products marketed toward women has caused them to pay 7% more than men do for similar products. Personal care products targeted at women cost up to 13% more than they do for men’s products. This means the pink tax is costing women an average of $1,351 a year.

There is a tax on menstrual products which get taxed as a luxury. However, the hypocrisy and gender discrimination are obvious when things such as a golf club membership aren’t taxed at all. Tampons are seen as luxuries while golf club memberships aren’t. Last, I checked menstrual pads and tampons were more of a necessity than a luxury. And because they are seen by our society as luxury, not all teen girls and women can afford them. This is simply unacceptable in 2022.

Even minor things are costing women more, such as earplugs, calculators, hotel kits, and ankle support braces. The pink tax isn’t just affecting adults, it’s also targeting young girls. Children’s t-shirts tend to be priced up when the design is more feminine. Bicycle helmets targeted toward young girls are more expensive than the identical helmets that target boys. The NYC Department of Consumer Affairs found that “girl toys” are 2 to 13% more expensive than “boy toys.”

While women are paying more for products, they are still earning less than men. In 2022, women earn an average of $0.82 for every dollar a man earns. The pay gap has improved by seven cents since 2015, but this is still an issue, especially when women are having to pay more for necessities.
How do we fix this?
While there have been many proposed acts and laws signed in to try and combat the pink tax, it’s still very prevalent today. It seems that there is no true way to stop the pink tax from happening; nonetheless, there are ways to avoid it such as:

Purchasing more gender-neutral products
Trying to find companies that are against the pink tax and actively work to stop it within their brand
Simply looking at prices and buying the lower-priced option (even if it’s a product targeted towards men)
Lastly, emails to senators and Congress members, especially women in these spots, should be sent begging for this tax to end.

Ultimately, the pink tax is something we cannot control, but we can make conscious efforts to try and avoid it. We can also urge government officials to put in laws to stop gender discrimination in marketing.