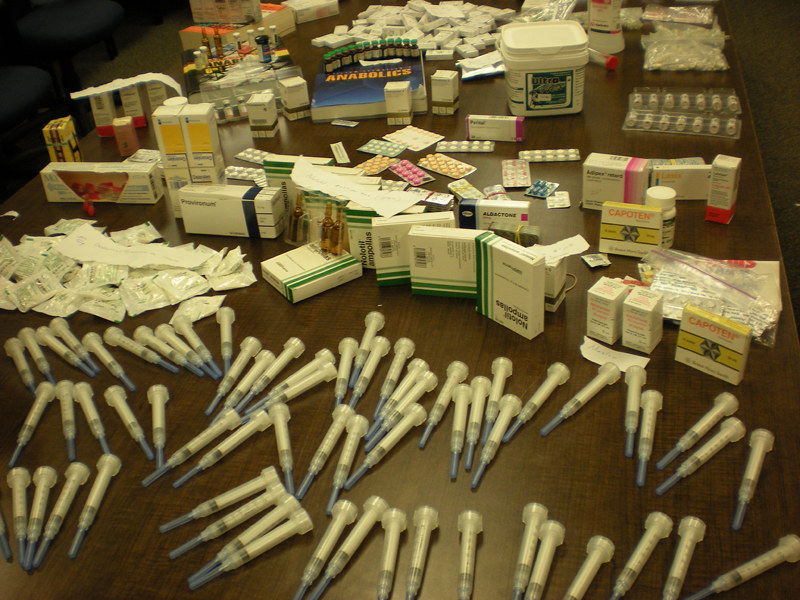 For men in particular, steroids often cause shrinking of testicles, breast growth, hair loss, infertility, and a higher risk of prostate cancer

Are there Steroids flooding into high schools. According to the national library of medicine between “1% and 12%” of high school boys and 0.5% and 3% of high school, girls reportedly use steroids in high school.” Although that does not seem like a lot this year, steroid use among teens has seen to skyrocket as more teens have access to the internet during Covid-19 quarantine.  Some teens started working out while at home during the start of the Covid-19 pandemic, but some took it too far.

Not all but some high schoolers become steroid users, however, they won’t know the effects that it has on them until later in life. As a teenager, your body is not fully developed. So if you take steroids as a teen your bones will mature too fast. They can stop growing at an early age. Some people start steroids in high school because of the pressure to perform better for their teammates, coaches and ego. In the past, it was assumed that only athletes use steroids, but that is far from the truth. According to Very Well Family, “Doctors now know that teens who use anabolic steroids are no longer primarily athletes. Some are more concerned with enhancing their looks and “bulk up.”

As well as affecting people’s bodies,

steroids can negatively influence their mental health. Steroids can alter the brain’s limbic system which is responsible for controlling mood and attitude. Moderate to high doses of anabolic steroids are also associated with major mood disorders such as mania, hypomania, and major depression. depression lasts about four weeks after you stop the dosage. Mania lasts about three weeks. Hypomania is active and excited behavior that can significantly impact your day-to-day life. which last about a few weeks to a few months.

Some students also have body dysphoria. Body dysmorphic disorder is a mental health condition where you can’t stop thinking about one or more perceived defects or flaws in your appearance. But you may feel so embarrassed, ashamed, and anxious that you may avoid many social situations. There is also no cure for body dysmorphia. “People with body dysmorphic disorder (BDD) are at increased risk of developing substance use disorders.” According to The Recovery Village, a drug rehab facility. Symptoms of anxiety and depression intensify when using steroids causing the obsessive thoughts to take over more often.

Side effects of steroids

The higher the dosage, the higher the chances of these side effects. Teens who want to build muscle quickly are likely to be taking doses far higher than what would be recommended. Teenagers’ bodies are still developing so they’re at a heightened risk for the side effects of steroids. which can be temporary or they could become more permanent. Steroids can give some side effects within one threw four days such as increased appetite, weight gain, changes in mood, muscle weakness, blurred vision, increased body hair growth, Easy bruising, and lower resistance to infection.

People are drawn to taking steroids because they are very easy to acquire in a gym or online. The danger of buying steroids online is there is no way of knowing what you’re taking. You don’t know how safe the manufacturing process was a licensed practitioner gives no medical advice. The strength is unknown so the appropriate dose can be wrong. On the ABC News article Group Probes Ease and Danger of Buying Steroids Online, David Kerley states, “Testing by the organization showed that while one vial contained steroids, their potency was unclear. Another vial supposed to have human growth hormone did not. The lab could not determine just what was in the container, other than the fact that it was a protein. “There have been instances where they [vials] have been found to have lead or arsenic.”

The obvious sign for parents of steroid use by their teenagers is a sudden increase in muscle mass.  On steroids, they might do that in one-to-two months. A sudden breakout in severe acne could be another sign. Yes, many teens get acne. Behavioral differences can also occur. Severe irritability, mood swings, and aggressive behavior may lead to depression.

If your teen ticks all the above boxes, maybe it’s time to have a conversation. The first offense for a minor with steroids is  1000 dollars and 1-year in prison. In other states like new jersey 3 to 5 years in prison, thousands of dollars in fines, loss of your driver’s license for 6 months, and other significant penalties.

Students K-12 learn about steroids but I feel like schools only bring it up for a brief lesson and don’t really get out the information about the use and side effects of steroids. They only bring up hardcore drugs like opioids weed and cocaine.

The Woodbridge Board of  Education states that “The superintendent shall ensure that the district implements policy and support programs for the detection and prevention of substance use by students involved in athletics, co-curricular activities, and/or for students who apply for parking permits. Participation in athletics, co-curricular activities, clubs, and parking on campus privileges. By virtue of their voluntary participation in these activities, school leaders and role models are students. Therefore, the expectation’s  that these students maintain exemplary behavior and be drug and alcohol-free.”